Nando’s ‘No Chucking Our Chicken’ & The Food Sharing Revolution

Nando’s has recently revealed that they are supporting 530 small charities across the UK and Ireland under its ‘No Chucking Our Chicken’ Scheme. In 2017 33% of Nando’s restaurants were taking part in the initiative, but at the end of 2018 this had risen to 92% supplying over 600,000 meals throughout the year!

If you fancy a feel good moment then you don’t want to miss their video about the scheme:

You can also check out what else they’re doing to become a sustainable business here.

An estimated 921 million people across the globe go hungry, the report notes.Yet in contrast, around 1.3 billion tonnes of edible food is wasted!

Food loss and waste account for $940 in economic losses and 8% of global greenhouse gas emissions each year. So around one third of food produced across the world goes uneaten.

There are two Sustainable Development Goals (SGD’s) which aim to tackle this; Goal 2 Zero Hunger and Goal 12 Responsible Consumption & Production. A coalition, called Champion 12.3, made up of more than 30 governments, businesses and civil society leader from across the world (including chief executives from WRAP, Nestle and Unilever),  have accelerated progress to reducing food waste losses and halving food waste per capita by 2030.

What Can You Do?

There’s lots you can do to reduce your food waste! But in the spirit of food banks we’re going to tell you about how you can easily share any excess food you might have.

You can join the food sharing revolution that is OLIO. An app that lets you simply snap a photo, add a brief description and provide pick-up details of any excess food you may have. A lovely neighbor will be delighted to take it off your hands. You can also browse to see what’s available to collect near you – it’s a win win! 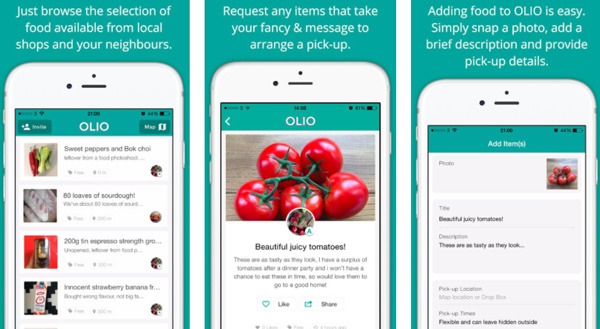