The Battle For Gender Equality: What Gets Measured, Counts. By Dr Ruth Sacks

We are now much more aware of the realities of gender inequality and diversity in the work place than ever before. The World Economic Forum predicts that it will take 117 years to close the current gender gap. That means that my great-great grandchildren will benefit from unquestioned gender equality. No matter where they are in the world, their economic status, their educational opportunities, their access to health care and their political participation will be the same whether they are male or female.

By 2025, gender inequality in terms of lost global GDP will amount to $28 trillion (The McKinsey Global Institute, in a study of 95 countries). There are over 3.5 billion women in the world. And, did you know that a) women make 70% of all discretionary consumer goods purchases? That includes cars and houses not just washing machines and phones; b) in the USA the wife is the main earner in one in three families.

According to a report published in October 2015 by the government-backed UK Commission for Employment and Skills (UKCES), the number of women educated to degree level is expected to increase by ten percentage points by 2020, from 39.1% to 49.1%. Men’s qualification levels are also expected to rise, but more slowly, from 35.8% with degree-level qualifications now, to 44.6% by 2020. This is great but the report also notes that the number of people with low or no qualifications is expected to drop by 2.3 million, although nearly 17% of the UK population are still expected to fall into this group, placing the UK behind Estonia, Poland and Hungary.

Women and the world wide web.

The UN estimates that some 200 million more men have access to the internet than women and this chasm is especially wide in developing countries (report).

According to the UN’s report, The World’s Women 2015, women are more likely than men to be unemployed or to work in the home or smallholding, which usually implies that they have little or no monetary income. In Oceania, sub-Saharan Africa and southern Asia, between 30 and 55% of employed women are contributing family workers, about 20% higher than men in the same regions.

In the Board room

The 30% Club, since its launch in 2010 has encouraged, promoted and cajoled and pointed fingers at members of the FTSE100 Board rooms. This has resulted in the gender balance moving from 12.5% to 26%. Progress, but still a way to go. 96% of FTSE 100 board members are white, in the US it is 89% a little but not much better. 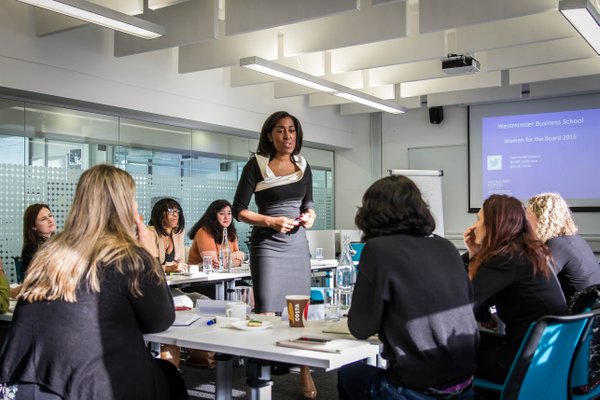 By now I hope you are more aware of the inequalities in 2016. I am, and a lot more aware than I was in 1996. And in 2006, for that matter. This for me is the most positive of the change. We have started counting and measuring. We are talking about them. We are sharing and shouting about these differences.

One thing I firmly believe in is the power of the word. Here I am writing about this and you must be reading it! I hope that what I have written will encourage you to look at some of the links, and do what many of already do every time we receive an update be it towards the more positive end of the spectrum or not – tell others. We (and by we I mean women) are very active bloggers, networkers and Tweeters and we are much less backward in coming forward than we used to be.

I hope you will join us.

Many thanks to Dr Ruth Sacks for this guest blog. Ruth is Principal Lecturer and Business Development Director at Westminster Business School. In addition to founding and delivering the acclaimed Women for the Board Programme, Ruth has also developed the MSc Leadership (starting in September 2016); has set up a programme of Executive Leadership short courses; supports and encourages academics to develop and contribute academic enterprise activities; and has established the Crowdfunded initiative for students at the Business School.