Why You Should Choose To Study Abroad For A Year. By Undergraduate Student, Olga Rusnak 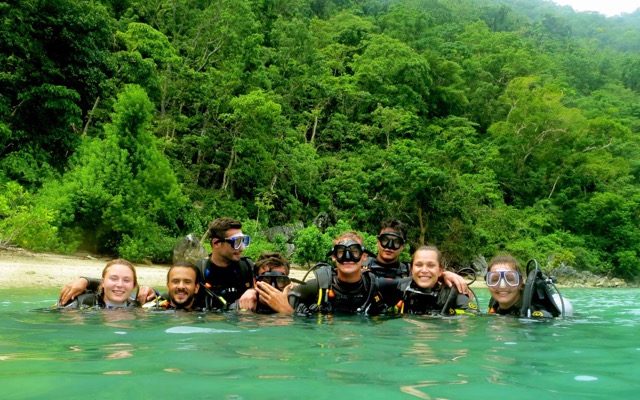 Hi! So my name is Olga, I’m currently studying a four year undergraduate degree in International Business here at Westminster Business School and I spent my third year at Hong Kong Baptist University. Why did I choose Westminster Business School? Well, my parents are from Slovakia but I was born and raised in Norway and for me moving away from home to study was never even a question. I love London, and although I don’t quite know what I want to do in my life yet, you can use International Business for almost anything. I found that Westminster did this degree and what I loved was that they offered the Study Abroad option – the 4 year degree – that was what sealed the deal for me.

I cannot recommend studying abroad enough. You undertake this in your third year and it’s a great option for students who want to travel and enhance their learning experience. I was in Hong Kong at Hong Kong Baptist University for 10 full months and I would describe it as the most enriching experience ever – that’s just what I felt. I felt so rich even though literally I was very broke. It was amazing and I got to travel all over Asia.

I have come to realise, perhaps after my year abroad programme that I’m a global citizen – I love to travel, I’m curious of other cultures and I want to have an international career. I’m looking to perhaps go into International Relations or International Development and I’m very much the kind of person that’s like, why not? Why not go to Hong Kong? It’s easy enough to apply – you can list three options (my second one was Melbourne), and they allocate the options based on your grades. The student with the highest marks gets the first choice so I never dreamt I was going to get Hong Kong because there was only one place, but I did 😀.

I think it’s so important that other students do this because you learn so much about other cultures and about yourself. As part of the year abroad programme, I had to make a poster of our destination and advertise our destination to level 5 students. I understood that many of them might be nervous of travelling so far away and so I just tried to convince as many people as possible to go. I had been to Thailand previously so I knew a little bit about Asia and travelling, and I was trying to tell them, yeah it might terrify you now but it’ll be so worth it!

I’m a big city girl but I was raised close to the ocean and the forest and that’s what I loved about getting to study in Hong Kong – you get the best of both worlds. There are 10 million people living in Hong Kong however the area is very small, which is why it has one of the highest prices per sq metre – its quite crammed. It’s actually the city I think with the largest amount of green space in the world – 60% of the area is actually parks or actual jungle/forest, which is amazing. I was also really surprised that hiking is such a massive thing there. You would go for a hike at least once a month and it would be like a proper mountain trek. The city’s just surrounded by the most amazing mountains – it’s the best of everything. We went on a hike at 2am in the morning to see the sun rise, and we went to this National Park called Sai Kung which is the most beautiful thing ever with so much wild life. Hong Kong is also divided in two, so there’s Kowloon (where the University is based) and the Hong Kong island side. You can go for a hike on each side and see the city from different perspectives and it’s absolutely amazing.

Support whilst you study

The International Office at Hong Kong Baptist University was very supportive and with all of the international students, there was just one massive group of people from everywhere, which was amazing. This was good because although I was very excited to go to Hong Kong, two days before I left, I suddenly realised I was actually going and wouldn’t see my family for 10 months – that was the hardest thing. The International Office really host you though and help to look after you. When I landed I was picked up at the airport and met by student buddies who were local students there to help you out. They would take you to your room, to Ikea, to the closest grocery store, for lunch and they would sort out everything for you. On arrival you also get this little bag which was full of what you would need for the first couple of hours like a toilet roll, some chocolate etc. It was only after a week that I would go to a supermarket alone – it was strange not being able to figure out which one was shampoo and which was conditioner, but I knew that it was a temporary situation and I’m the kind of person to embrace change so that made it easier. 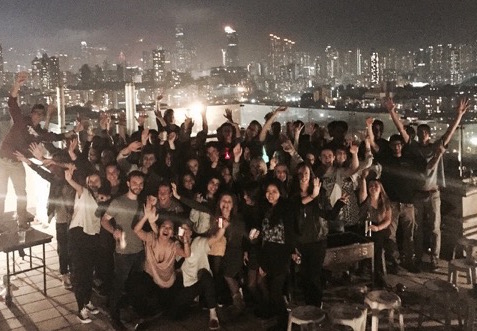 The International Office also helped to arrange events for us, so when there was the Autumn festival for example they hosted evenings where we learn to make dumplings. They also arranged trips to learn about the history of Hong Kong, farewell parties, Christmas parties, and so on. You live on campus, which was a very interesting experience for me because I hadn’t done that before. In Hong Kong, you actually share a room with another person and you live on a floor with 55 other people so there’s really no privacy. At first I thought, well how am I going to handle that? But you know, you get so thrown into it and it just becomes so natural for you to not eat any meals alone or to always have people around you. When I got back to the UK and I suddenly had alone time it felt very weird! It definitely forces you out of your comfort zone but I think that’s the most amazing thing in life and that’s where you grow as a person – it’s the most rich experience.

The biggest challenge academically was working in groups with local students – it was at times a source of frustration for me. I take a lot of space, I like to talk and be very direct and I realised after I came back to the UK that being so direct to another student in Hong Kong is a very big no no in terms of culture. I realised that I did quite a lot of things literally culturally wrong simply because I didn’t know any better at the time. We are required to write a reflective essay as part of the course and this is something that has been very helpful for me because now I know how to approach a situation like that in the future. It was definitely frustrating while I was there but part of that was because I didn’t really know how to handle it. The essay gave me time to sit back and it gave me a lot of ‘aha’ moments where I realised what I should and shouldn’t have done. 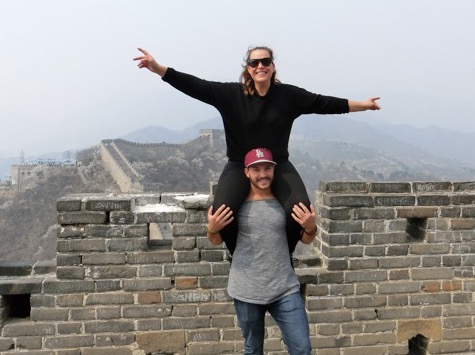 The biggest highlights for me were definitely the people – both the local people and the other exchange students. They were very warm and very easy to talk to, and the exchange students were some of the most amazing people I’ve ever met. I also had a lot of experiences in Hong Kong – if I had a day or afternoon off and other people were in class I would just go to a new area and explore. When I did that I would just meet all these amazing random people – I met an artist from South Africa who had a little gallery for example! You could also join plenty of societies like the Hiking and Mountaineering Society, which was a great chance to meet more Chinese students and learn more about the culture.

Another amazing thing was how easy and cheap it was to travel. We would literally think, shall we go to the Philippines to dive? A week later we were living in a Philippine villa, diving in the most amazing coral reefs. Later I decided to visit Cambodia to see my brother who was back packing, and I was able to spend christmas in Japan!

A typical day at HKBU was to wake up in morning and have morning classes, then you would probably meet some of the other exchange students at one of the cafés on site. You would then have some more classes and then socialise in the evening either going out for dinner (you would always go out for dinner), to a roof top bar for drinks, or going out-out. There was a lot of going out and there was something happening every single day, it didn’t matter if it was Saturday or Tuesday! I think that’s also why it was so beneficial to live on campus because suddenly something would just happen and you could just go and join in the fun.

In terms of classes, I was doing quite a lot of Chinese political economy, looking at China and the world and Corporate Social Responsibility in China. Quite a lot of our professors were international, and I found that because local students didn’t put their hands up in class too much, if you had a Chinese lecturer and you engaged you would almost automatically get an A…that was another big difference. 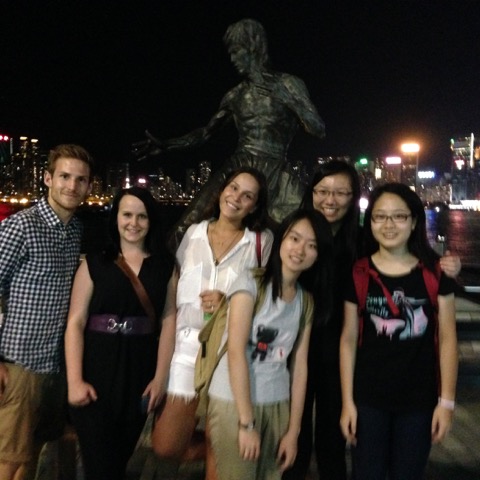 Thinking of studying abroad for a year? Here are my top tips: