Call for Papers for a new book about 'metropolitan tourism' 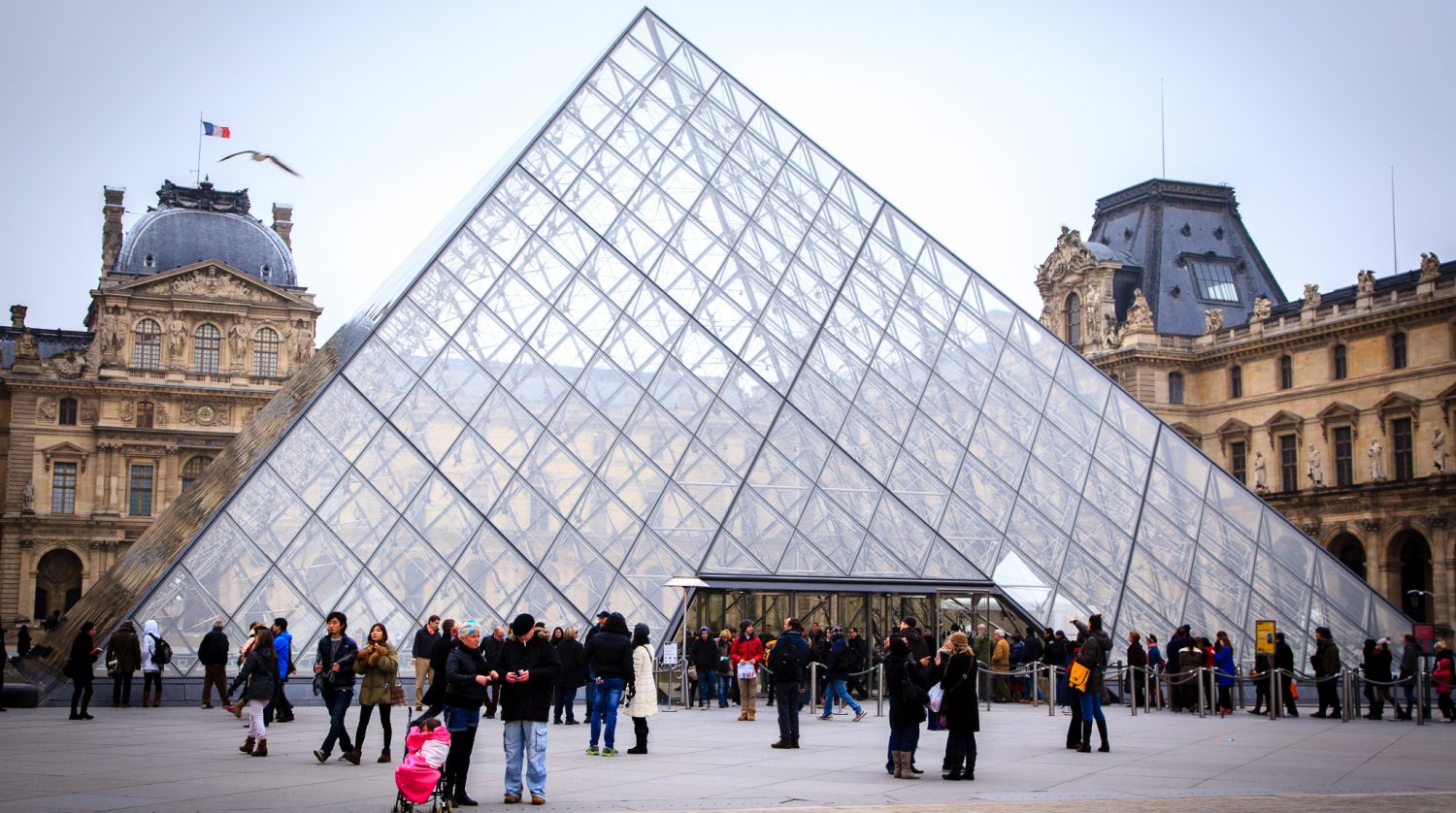 An opportunity to contribute to a new book focusing on the importance and impact on tourism in metropolises.

Angotti, T. (2013). The new century of the metropolis: urban enclaves and rientalism. Routledge

Tourism and/in the Metropolis. Exploring the Conceptual and Geographical Frontiers of ‘Metropolitan Tourism’

AIM AND FOCUS OF THE BOOK
This edited volume will address tourism in metropolises and metropolitan regions. The growing role and relevance of tourism in cities – and of cities in tourism – has in recent decades emerged as a topic of great interest to scholars across many social sciences disciplines (Spirou, 2011; Selby, 2004; Shoval, 2020). Yet while urban tourism research has flourished, various aspects and issues relating to tourism in cities remain that would benefit from more scholarly work and engagement.

What forms does tourism take in today’s metropolises and metropolitan regions? How do these forms differ from tourism in other (urban) contexts? Are these differences significant enough to warrant the classification of ‘metropolitan tourism’ as a distinct type of (urban) tourism? What are their implications for policy and planning processes? How do policy and planning processes in different metropoles and metropolitan regions differ from each other, and what can they learn from each other? And, finally, how could tourism in metropolises and metropolitan regions be made more sustainable, resilient, and inclusive? As of yet, these and related questions remain largely unanswered. In fact, considering the significance commonly ascribed to large metropolitan regions as contemporary engines of development and change on the one hand as well as widespread portrayals of tourism as a leading economic and social force of the 21st century on the other hand, it is astonishing how little systematic study there has been to date on tourism development in the world’s large metropolitan areas.

In part, this may be owed to the fact that the terms ‘metropolises’ and ‘metropolitan regions’ are surrounded by definitional ambiguity. There is no denial that the term ‘metropolis’ and associated concepts may take on a host of different meanings – both in popular parlance and academic discourse – depending on the specific contexts within which it is used (Brantz et al. 2012). It may denote scale – after all, a common dictionary definition of the term ‘metropolis’ is ‘large city’. It may, following the original meaning of the Greek metrópolis as ‘mother city’, also denote function; thus many writers see the metropolis as a significant economic, political, and cultural centre for a country or region, and an important hub for regional or international connections, commerce, and communications. Yet another usage of the term ‘metropolis’ is one that denotes large built- up areas extending across jurisdictional boundaries and including both major centres plus their surrounding territories, e.g. their suburbs and nearby towns, over which they exercise a commanding influence. These usages are, of course, neither exhaustive nor mutually exclusionary, yet illustrate the plurality of ideas associated with the term metropolis and its derivatives. It is often suggested that we are living in a ‘metropolitan century’ (OECD, 2015; Angotti, 2013, p.6), yet explaining exactly what a metropolis is and what ‘metropolitan’ means is, to say the least, challenging (Neil, 2012, p.110).

The proposed volume, while recognising that a diversity of contemporary metropolitan realities – as well as a diversity of frames and discourses to make sense of them – exists, is interested in exploring tourism in environments that meet any of the criteria alluded to above. It refrains from setting forth a rigid definition for authors to follow, but rests on the premise that a metropolis is ‘something other than a very large city’ (Bourdeau-Lepage and Huriot, 2004), i.e. typically extends far beyond the traditional boundaries of the ‘city proper’ and exerts economic, cultural and political influence over areas much wider than their own territories and hinterlands.

Following the arguments of Brantz et al. (2012), we conceive ‘metropoles’ and ‘metropolitan regions’ as being endowed with a particular ‘thickness’ in terms of the social and spatial dynamics and relations characterising them. Citing Doreen Massey’s argument that ‘if it is now recognized that people have multiple identities, then the same point can be made in relation to places’ and that such ‘multiple identities can either be a source of richness or a source of conflict, or both’ (Massey 2001, p. 153, cited in Brantz et al, 2012, p.18) while also alluding to Jane Jacob’s portrayal of cities as irreducible systems of ‘organised complexity’, Brantz et al. (2012) suggest that metropolitan spaces’ specificity may be owed to the particularly variegated layers of co-constitutive relationships, complexities, and contradictions inherent to them as parts of ever more complex, multi-scalar networks of increasingly global interconnectedness. This perspective resonates with studies that draw attention to contemporary metropolitan transformations, emphasising the rise of ‘polycentric’ spatial configurations, the increasingly fragmented nature of metropolitan regions as patchworks of complex cultural and social realities as well as the increasingly ‘boundless’ character of ‘metropolitan landscapes beset with new contradictions and tensions [making] it nearly impossible to discern where borders are and what is “inside” and what is “outside”’ (Murray, 2017 p. 109).

Interestingly, and one of the main reasons for the book project, little scholarship thus far has engaged with the question of what role tourism development plays in contemporary metropolitan transformations, be they cultural, social, political, or political. Similarly, there is to this day, as mentioned above, relatively little research on the way tourism plays out in metropolitan environments and how contemporary metropolitan transformations impact tourism dynamics. The proposed edited volume seeks to change this. We are interested in generating empirical and theoretical insights into:

In addition to these broad concerns, the edited volume is especially interested in work that critically engages with one or more of the following themes:

We will consider both empirical (e.g. individual or comparative case study based) contributions and as well as works of a more conceptual and theoretical nature and will make a special effort to solicit perspectives that are built on novel and innovative methodological approaches to understanding the various facets of tourism and/in the metropolis and that combine insights and expertise on both the contemporary urban condition as well as the complex and dynamic nature of contemporary tourism. In addition, we aim to produce a collection that is truly international and covers a wide range of geographical contexts and are therefore particularly interested in contributions with a focus on regions other than Western Europe and North America, e.g. established and rapidly emerging metropolises in Asia and Africa. Planned course of action in relation to the book’s production.

We will combine the production of the book with the organisation of at least two (online) workshops, the first of which will take place in late January 2022 as well as internal review procedures. This is to guarantee a coherent, systematic and integrated treatment of the book topic in the highest quality.

Attending the workshops and participating in the internal review process is a prerequisite for participation in the book project and acceptance of submitted abstracts does not necessarily guarantee inclusion in the volume. Our goal is to produce a book that not only finds an audience in the relevant academic fields – e.g. urban and tourism studies; (urban) sociology; human/urban geography; cultural studies; urban policy and governance studies – but also attracts interest from readers outside academia. To this end, we are already in talks with reputable publishers, will submit a formal book proposal after the composition of the book contributions has been determined, and expect to be able to sign a book contract by the end of the year or early next year at the latest.

Interested authors are invited to send abstracts of their chapter ideas (of max. 750 words) or, if available, full versions of existing (and unpublished) contributions by 16 August to:

Whether and to what extent Covid-19 pandemic and its implications should be addressed depends on the particular focus of the submissions and is therefore a question we leave to the authors.

Interested authors are invited to send abstracts of their chapter ideas (of max. 750 words)
or, if available, full versions of existing (and unpublished) contributions by 16 August to:

Whether and to what extent Covid-19 pandemic and its implications should be addressed depends on
the particular focus of the submissions and is therefore a question we leave to the authors.