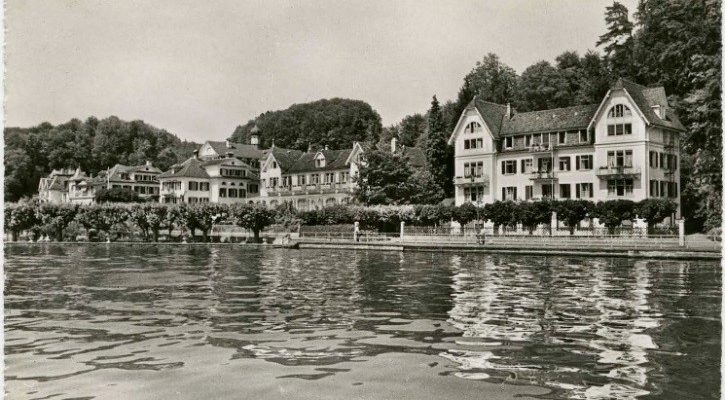 The current Coronavirus emergency has been likened to wartime Britain, so the Records and Archives Team have been searching through the (online) archives from home to find a few comparisons with World War Two. 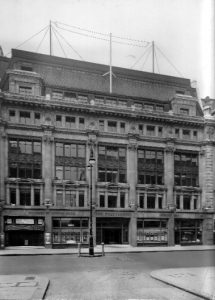 In the last few weeks, it has been necessary for the University to shut the majority of its buildings and it has transformed itself into a virtual University, moving all teaching and assessment online.

The last time the University shut its physical doors to its students was in 1939 at the start of World War Two.  On 3rd September 1939, all teaching in our London buildings ceased and, for the first ten days of the war, classes were cancelled.   However, the Poly soon rallied and by 13th September, a course in Electricity began for members of the Signal Corps.  The Old Gymnasium was turned into a temporary air raid shelter, the Secondary and Craft Schools were evacuated to Somerset, and the Polytechnic HQ transferred to Beaconsfield in Buckinghamshire. All sport ceased at Chiswick and the recreation ground was requisitioned initially by Middlesex County Council for use as an emergency mortuary, but later, when this proved unnecessary, was used by the armed forces. 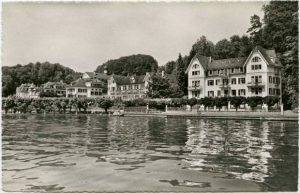 In the last month, many people have found themselves stranded abroad with limited access to travel home.  On 25th August 1939, the Foreign Office told all tourists to return home to the UK because of the imminent threat of war.  This left the Polytechnic Touring Association with an enormous task on its hands.  The Polytechnic Magazine reported that ‘not less than 1,500 British subjects who were in Switzerland with the Poly Association tickets had to be informed of this sudden evacuation’.  Every single tourist was safely returned to the UK, even a tourist who had got lost in Zurich and had to be searched for!  The Polytechnic Chalets in Luzern were then turned into a military camp for the duration of the war.

Stockpiling goods in times of crisis is also nothing new.  The Polytechnic’s War Comforts Fund was established to send parcels to the men fighting overseas.  At the start of the War, it was the Fund’s policy to keep stocks very low in case of aerial bombardment and consequent loss.  Nevertheless, as rationing came in, it became necessary to stockpile items when they were available. 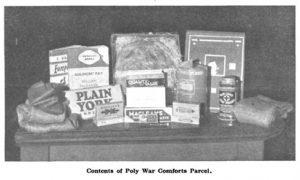 In October 1944, the Polytechnic Magazine reported the following story of Poly members ‘who staggered into the Poly with vast quantities of sweets.  This, of course, was just before sweet rationing came into force [in July 1942].  Several wide-awake Poly people found that manufacturers of sweets were anxious to sell considerable quantities of sweets; and so we bought very heavily; so heavily in fact that stocks have lasted until now [October 1944]’.

Looking back on the war effort in February 1946, it was reported that ‘some members of the [War Comforts] Committee did their turn in “queueing up”.  Silently but certainly cakes began to disappear from the shops; we were so short of cakes that, as indicated, some faithful workers joined the queues and bought just what they could and when they could’.

‘No doubt, in time restrictions will be lessened.  If and when the Poly can resume activities it will do so, and we shall all rejoice’ – as noted in The Polytechnic Magazine

The Record and Archives Team at Westminster collect and preserve records created by the University of Westminster and its predecessors in order to make them accessible for use both now and in the future. To find out more about the University’s history from our Record and Archives Team, visit their webpage, follow them on Twitter @UniWestArc, or get in touch at archive@westminster.ac.uk