Some of the most popular questions I get asked about my Masters experience in the UK are:

Topics like class schedule, grading system, academic English and exam standards always elicit a bit of anxiety and curiosity to those who want to study abroad.

The fact is that, no matter where you intend to study, you will have to adapt yourself to the destination country’s local culture, social norms and learning style. But don’t worry: it may feel daunting in the beginning, but as the time passes you feel more comfortable. You just need to work hard and stay focused.

In this post, I will discuss about the English teaching model and draw a parallel with the Brazilian educational structure. The following statements will be based on my Bachelors course at the University of Sao Paulo in Brazil, my Masters at the University of Westminster (London, UK) and also the experiences from my friends who completed their post-graduate degrees in Brazil.

1. The feared academic English: how hard is it? 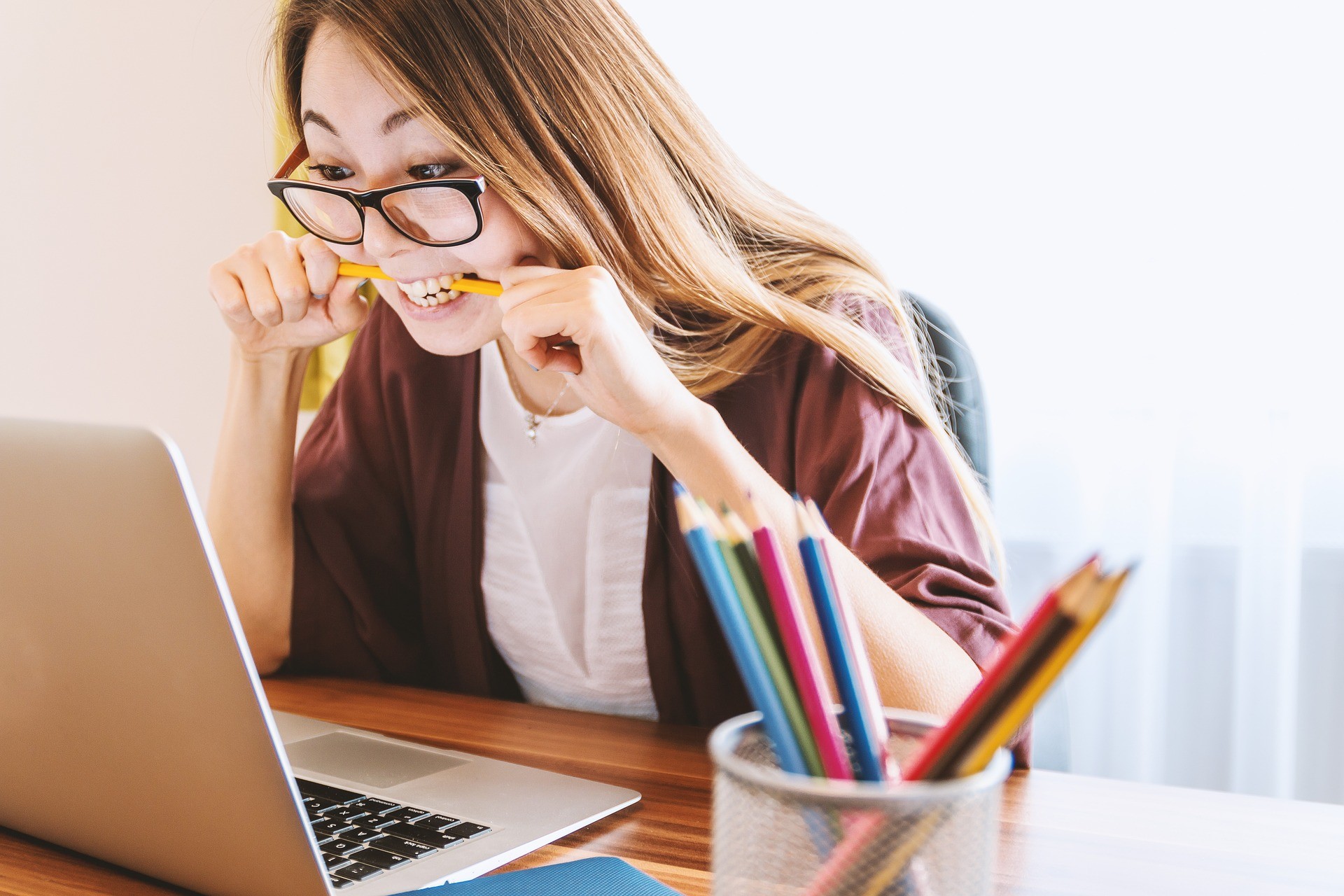 That’s one of the questions I hear the most – and it’s completely understandable. I asked myself that question many times too!

Many fear of not being able to understand or keep up with the academic English, especially in England, the motherland of the language and a world-class reference in academic excellence.

In my case, as I studied at an extremely international university in London, the lecturers were more than used to having students whose first language wasn’t English. As a matter of fact, there wasn’t any British student on my Masters class at all!

I believe that might have influenced the lecturers to speak in a way that everyone could easily understand, without using too much slang or professional jargon. I also felt that they avoided speaking too quickly. Sometimes, they used some British expressions, but whenever I asked what those meant, they would explain and I would understand without any issues.

There are some people who look for extra classes in English prior to the Masters course, but I would recommend it only for those who really don’t feel comfortable or confident with their English level yet. If you have lived abroad or practiced English often at work (as it was my case), then this process will be easier and faster for you. 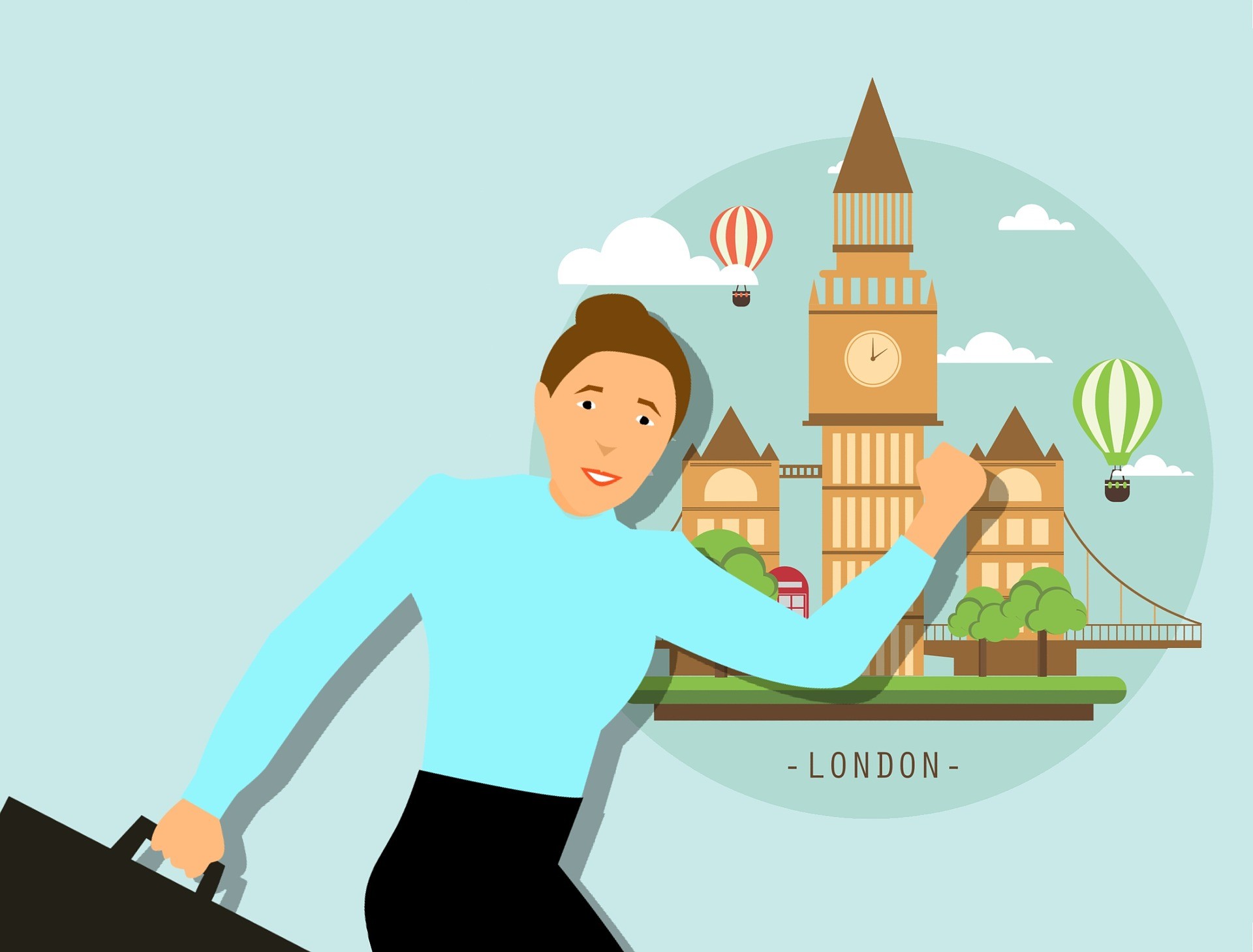 The famous British punctuality is a social norm that everyone – without exception – must follow. In England, you need to be punctual. Period.

The classes start at an exact time, and whoever enters the classroom with over 10 minutes delay will receive a disapproving look from the lecturer (some don’t even let the latecomers to enter). More than half an hour delay, forget it!

Those who may be accustomed to the Brazilian flexibility on being on time will have to get used to the rigid British punctuality.  In my humble opinion is nothing but fair and correct. Being punctual means respecting the time of others and all the lecturers make this very clear on the very first day.

Now, as the public transport in London is generally very efficient, being punctual becomes easier. I lived far from the centre of London, so I had to take a bus, a train and the tube every single day to get to the university. Despite the distance, there were few times that I arrived late. I wouldn’t say the same about my routine to University of Sao Paulo during my BA degree in Brazil, as it would always get complicated due to the heavy traffic and lack of public transport integration.

The British educational grading system is quite peculiar and curious, so it’s worth to talk about it because it is a bit different from the Brazilian grading framework. 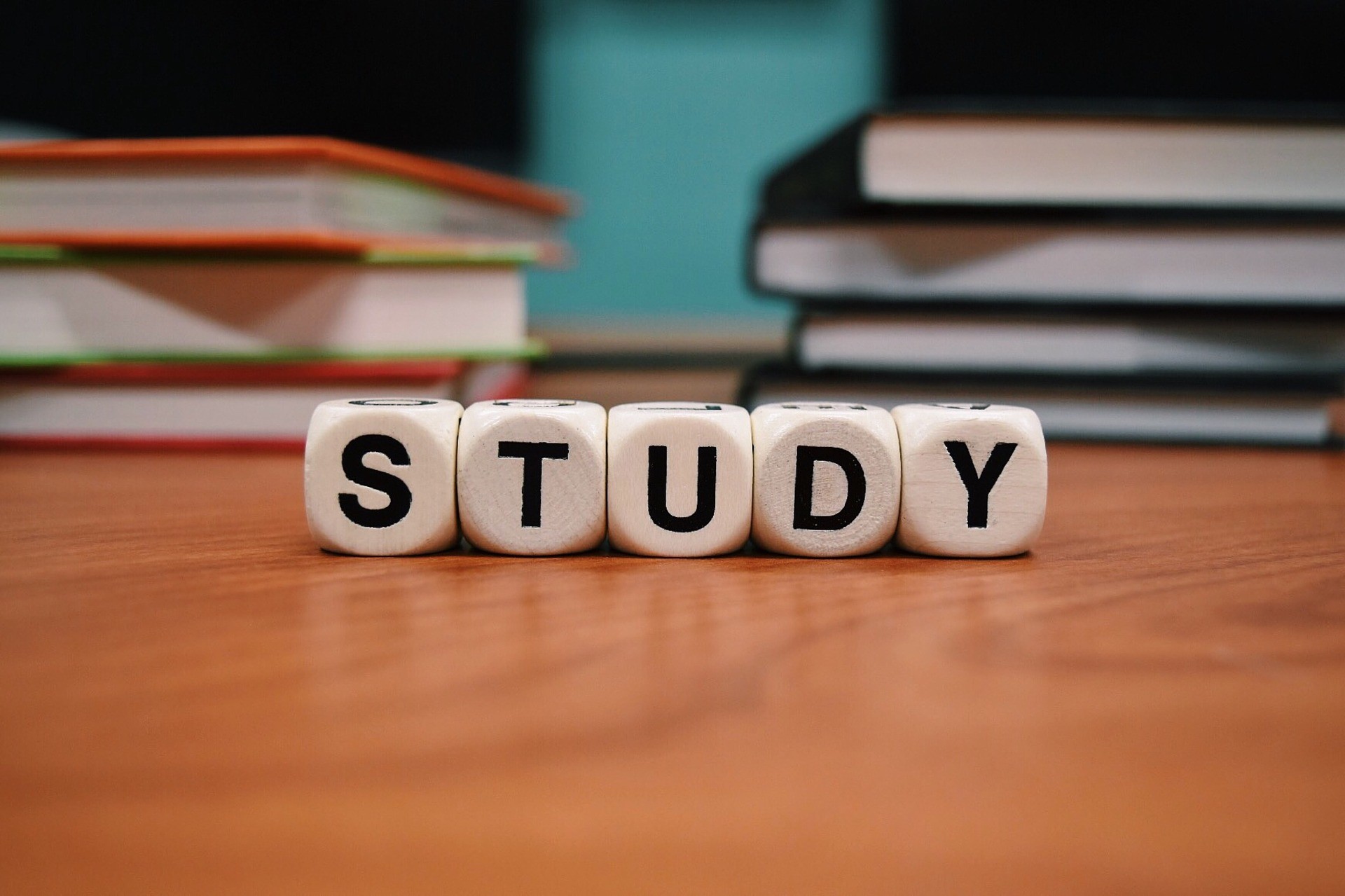 In the UK, there are basically four grading levels to evaluate the students’ performance: Distinction (grades between 70-100%), Merit (60-69%), Pass (50-59%) and Fail (below 50%). This may vary according to the university and region, but it generally works that way.

In other words, Distinction means “Excellent”, Merit means “Good”, Pass means “Sufficient” and Fail, well… you know what it means. For example, if your GPA was 66%, you finished the course with a “Merit”. Now, it is very difficult to achieve 70% or a higher mark on your exams. It is especially hard if you study a humanistic course, as there is no exact and right answer to the questions. Therefore, if you have been graded with 60 something, don’t be upset because it is actually a good news.

In Brazil, receiving a 60% mark would be more average, at least in my point of view. Although it varies a lot according to the module and course, it is not that unusual to be graded over 70%. Therefore the perception of an average and a good performance changes compared to the UK.

In my case, my GPA in my Masters was above 70% on my Masters, thus I achieved a “Distinction” seal on my diploma. For me, it was a recognition that all my efforts during the course did pay off at the end! 🙂

4. How to tackle the private studies

If you are curious to know about the Masters study routine in the UK, here’s the summary of my course schedule which may differ based on the course and university. There are at least three days of the week, with theory-focused classes in the morning (called “a lecture”). This is where a lecturer presents the concepts, marketing frameworks, case studies and other materials.

After a lunch break, we would return to the classroom for the seminars during the afternoon. The seminars were practical sessions where we discussed group projects, worked on case studies and simulated business situations. These sessions used to finish around 4 pm. After that we were released for the “private studies”, i.e.: our *free* time to study.

Now, even though the university suggests what would be the most appropriate time for private study, it’s up to you to decide what to do after class. You are pretty much on your own. You can study, work, dance, jog, go to a pub, do whatever you like during the rest of the day. It can feel liberating at first but you’ll eventually have to juggle the responsibilities that mount up as the course progresses. But keep calm and don’t forget to have some fun, get to know the city and chill out too. Everything in excess is bad. Always try to keep a healthy balance between studying and relaxing!

5. Is it possible to work and study? 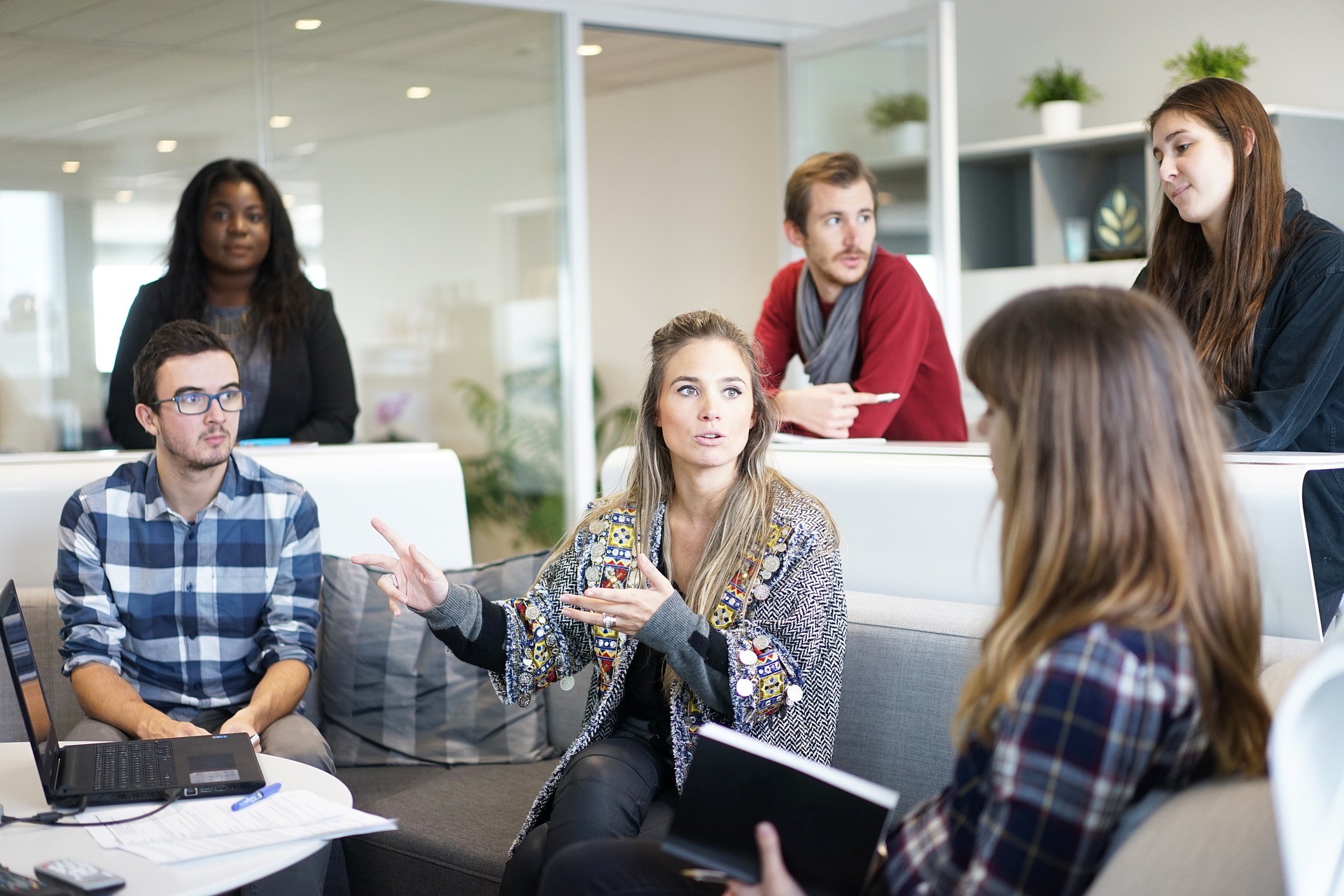 The feasibility to work while studying a Masters degree makes one of the biggest differences between England and Brazil.

For most Masters courses, there are two options in terms of length: one year as full time, or two years part-time. The first option is the most searched one. After all, many want to finish the course as soon as possible to start a career after graduating.

Obviously, the full-time model is very intense and it’s practically impossible to have a full-time job in parallel. The classes are taken in the morning and afternoon and the amount of tasks is considerably hefty. Such scenario is different in Brazil, where the post-graduate courses are more adapted to professionals who work full-time.

For international students, the UKVI (UK Visa and Immigration) allows 20 hours of work per week during the term time, i.e.: a part-time job. In my case, I found a paid job at my university. It was an incredible experience. The office was very close to the campus and the team was really supportive of my academic schedule. There, I ended up doing more activities related to my marketing skills and extended my tenure until my return to Brazil.

So, if anyone asks me if it’s possible to work while studying, I would not only say yes, but also strongly recommend it.

Even though you might not get a job in your field of expertise, you’ll develop important skills and meet interesting people along the way. Some types of work you do: a job at a store or coffee shop are  indeed more physically demanding than any office job. But you can always learn something valuable and have fun!

Those were the key topics that I would pinpoint about the British education compared to my Brazilian academic background.

As for the rest, there’s no secret: stay confident and prepare yourself to work hard and learn a lot. In the meantime, don’t forget to have fun and make some awesome memories! 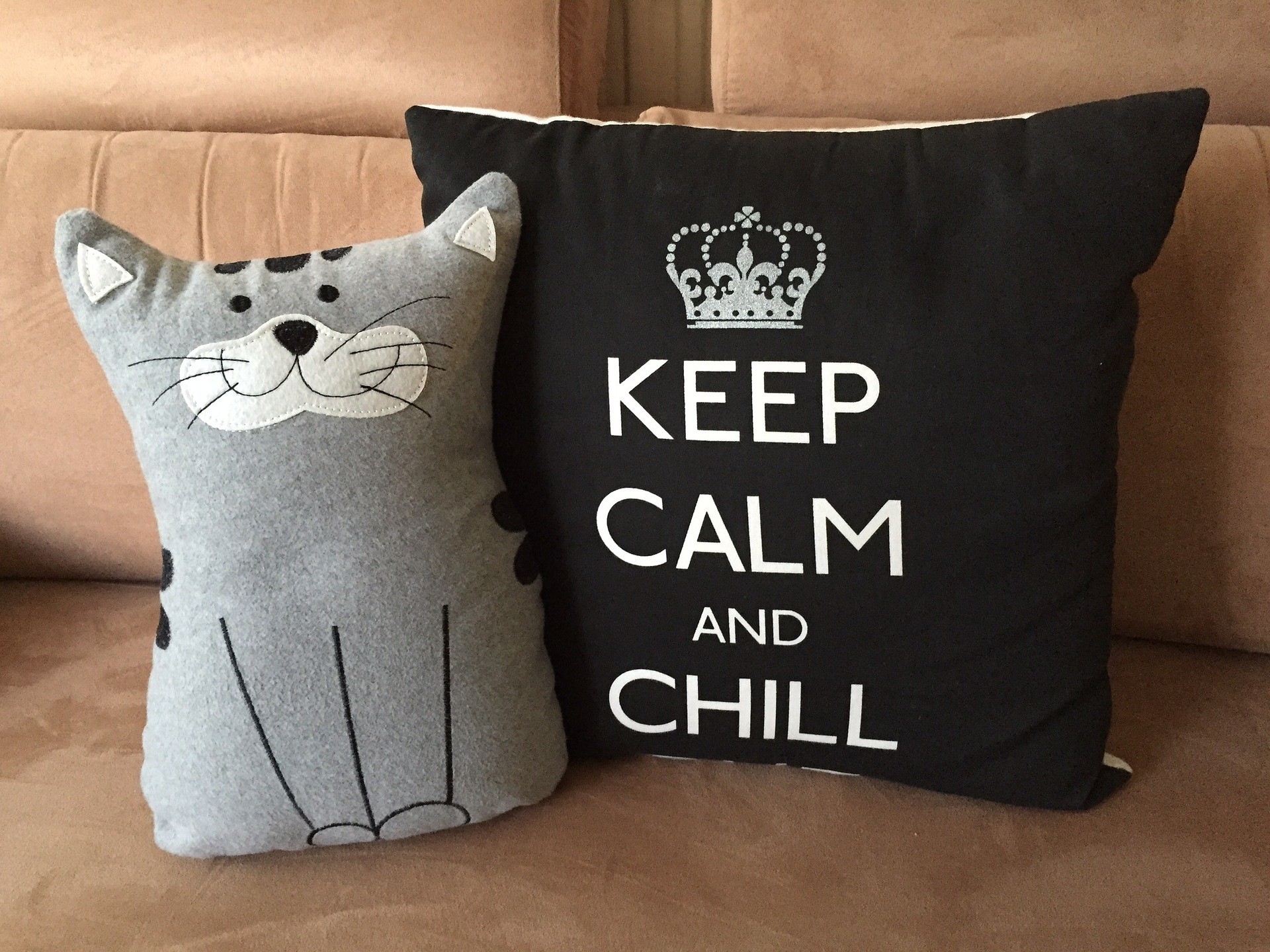