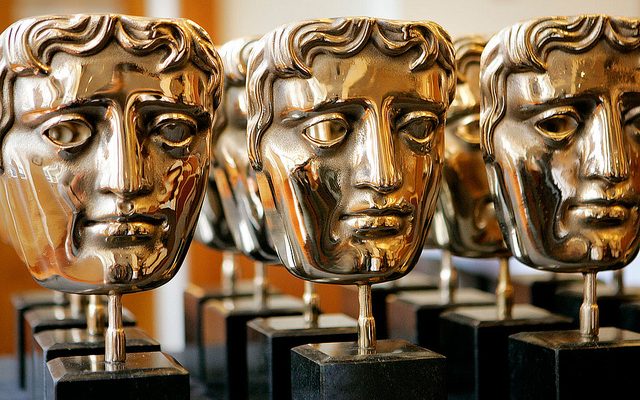 I never thought I would get a chance to see a red carpet ceremony. I mean, although I study at Regent campus and there are so many film premieres at Leicester Square, I never went to them because I have so many classes. But this time it’s BAFTA, and the ceremony was actually on my birthday, so I did whatever I could to get that precious wristband! One thing I couldn’t understand is that some people queued for the wristband on Friday or even Thursday, but it wasn’t handed out until Saturday morning. I really can’t imagine how they survived the night. I just queued for about two hours in the morning and I couldn’t feel my legs cause it was way so cold. You know how I always say that it’s raining almost every time I go to some big events, this time it was snowing! In London! 🙂

Getting the wristband was just the beginning. The next day, Sunday, I needed to be there at noon to queue for entering, while the ceremony wouldn’t begin until 4.30 pm. A lot of people went there much earlier than I did, but I just couldn’t get up and make myself stand outside for six or seven hours. I still waited for hours to actually see a star I could recognize. That was amazing! There were lots of Harry Potter fans, more than you could imagine. Eddie Redmayne came quite early and he signed almost everyone, except me, because fans next to me begged him to take a photo with them. But that’s fine cause I haven’t actually watched or read any Harry Potter books or movies. 🙂 I managed to see all the actors and actresses I love and they were actually walking in front of me. I got the autograph of Luke Evans, Emily Blunt, Emma Stone, and Simon Pegg! That was a real surprise because I checked who would be attending the red carpet but his name wasn’t on the list. And I also got one from Lin-Manuel Miranda – I couldn’t afford a ticket to Hamilton, but that doesn’t matter because I met its creator! This is the best birthday I’ve ever had! 🙂

Latest posts by hualu (see all)