Did you hear about HACKminster?

In today’s digitalised world if you snooze you lose. As a millennial growing in a fast moving society, I have witnessed the startup revolution taking markets by storm. It fascinates me how companies such as Airbnb, Uber, Netflix or Spotify have learned to adapt and shift directions with agility, quickly altering plans and creating something new under conditions of extreme uncertainty. Curiosity is the first step towards learning, but last weekend I decided to endow it with field research and practice attending NACUE’s HACKminster. Driven by passion and hunger to reveal one of the ideas I had in the back of my mind for quite a while, I signed up for the first edition of this project organised by  in partnership with Circle Health and hosted at the University of Westminster, Cavendish Campus.

It is a mark of the modern era that events like HACKminster exist and encompass a veritable feast of ideas and new developments. Over the course of the weekend we were divided into small, nimble and cross-functional “squads” building businesses for happier and healthier living. The squads – as I like to call them – where loosely coupled, but tightly aligned. Everyone was trying to decide upon the best idea and reach a consensus among team members, but we were all eyes and ears when Tim Barnes (Former Director of UCL Advances and founder of The Raingods) was working his entrepreneurial magic and building a sustainable plan for our business.

What made us different from a group of professionals in a Fortune 500 boardroom was how we approach the uncertainty. There was no recipe for success, instead we realised that a new business idea relies on validated learning. Building up something from cellar to rafter is not always fun and easy: we had to research the market, support our propositions with enough data, roll out the plan and even look into the future and argue on the next step of engagement. Still, we did have a great time taking part in some speed mentoring sessions where we received valuable feedback on our ideas. 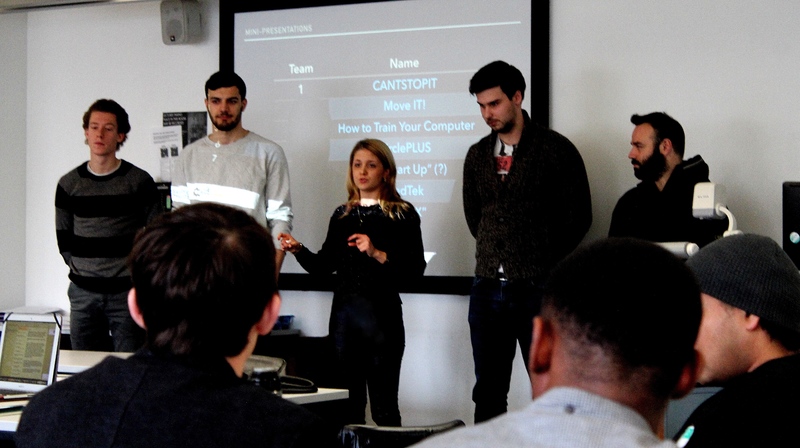 On Sunday afternoon, just before polishing up our final pitch, I suddenly realised how much I had improved the nascent business proposition since joining HACKminster. Two days full of intensive mentoring and extensive team work could help you take your idea to the next level. As the event came to an end, all teams were ready to pitch their work and compete for the £1000 prize. These final representations came in all shapes and sizes, some groups chose to complement their speech with visuals, some relied on their pathos and logos, and there were teams like mine that actually mustered a minimum viable product to explain the app functionality. The competition was fierce and we all came up with different ideas which made the event even more interesting. The jury had to take a hard decision at the end, no doubt about it! I am glad to say that my team and I were awarded the second best pitch missing just 1-2% to be the winners of the first HACKminster.

HACKminster provided the perfect opportunity for students to get feedback from entrepreneurs with years of experience in the field of business. We developed core skills such as pitching, problem solving, creativity, teamwork, task led research and decision making. I would recommend this event to anyone who is ready to find out where good ideas come from or reveal a minimum viable product to the world for the first time. The opportunity enables you to gather feedback quickly from entrepreneurs, investors, attendees and others. Go with an open mind and prepare for many fruitful talks. Do take the feedback on board and keep in touch with those that inspired you the most.

I am glad I attended the HACKminster because it triggered the do-or-die attitude I have right now. I left the room with a well-defined purpose in mind. I feel more confident about taking part in other entrepreneurial activities, pitching my idea and even reaching out to investors once I have a well-refined business plan.