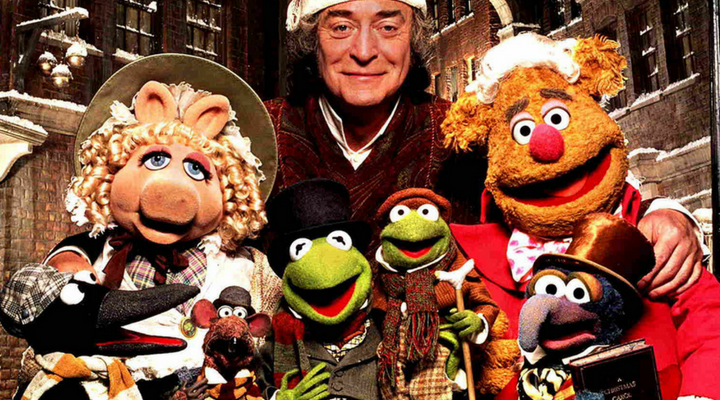 The lights have been switched-on, the touching holiday adverts have appeared, and the window displays have been adorned with all the tinsel and garland you can imagine. Christmas has officially arrived in London!

If you’re looking for something a little quirky and a little unusual,  or somewhere off the beaten path to ring in the holidays this year, this is for you. From Scandi feasts and holiday scavenger hunts to Santa pub crawls and christmas sing-a-longs, this list is full of some weird and wonderful things that celebrate Christmas in the capital.

London’s tackiest Christmas party promises a night of gaudy holiday fun, featuring live performances, games and prizes, carols, and a complimentary mince pie and glass of mulled wine on arrival. Don your ugliest Christmas jumper for a chance to win a prize at the chintziest holiday pop-up in the city.
Tickets: £10

This warm winter pop-up in the heart of Shoreditch is the ultimate Christmas extravaganza. This year they’ll be wowing crowds with London’s first boozy indoor blizzard. Whether you want to dance the night away in the cosy Disco Room, or indulge in a delicious five-course Scandinavian meal in the Feasting Hall, Nordic Yule Fest is the perfect place to get your ‘hygge’ on.
Tickets: £8-£85

Break out your Santa-themed thinking cap for this epic Christmas Scavenger Hunt around the city. Teams of six have just two hours to complete a series of wacky holiday-themed challenges as The Big Smoke Events celebrates its 50th scavenger hunt! Don’t worry- you’ll be rewarded for all your hard work with a drinks reception upon arrival. Santa suits mandatory.
Tickets £120 for teams of 6

Take a culinary journey through 1920’s New York City at this prohibition pop-up straight out of a Fitzgerald novel. Dust off your dancing shoes and don your flapper dresses for a night full of roaring fun. Indulge in a gourmet menu inspired by The Waldorf Astoria and sip on authentic 1920’s cocktails. There’ll be magic tricks, a photobooth, a roulette table, and plenty of dancing to keep you entertained all night.
Tickets: £45-75

If 90’s hip-hop is the first thing you think of when you hear “Christmas” then Hot Since 91’s holiday party is for you. Complete with sing-alongs, a retro game room, and a festive photo booth, this nostalgic night out will have you reminiscing about the good old days and leave you giddy with Christmas spirit.
Tickets: £12

Oh reindeer! Santa’s gone missing and it’s up to you to find him. Become a secret agent for the day with this fun immersive holiday challenge that will have you searching the whole North Pole (and by North Pole we really mean South London) to track down the man in red and save Christmas. Includes a delicious meal and a Mince Spy sure to jingle the night away.
Tickets £48.50-54.50

The legendary Santa-themed pub crawl is back and better than ever! For over 16 years, Londoners have dug out their Santa suits, running around the city spreading holiday cheer and enjoying a few beers along the way. This year they’ll be even more St. Nick’s roaming the streets, handing out presents and deciding who’s been naughty or nice. It’s a the craziest Christmas day out in the city, and you don’t want to miss it.
Tickets: Free with registration

Join Kermit the Frog, The Great Gonzo, and everyone’s favourite diva Miss Piggy for a rousing sing-a-long to the greatest Christmas movie in existence. Back by popular demand, Sh!t Theatre invites you to come along and witness Michael Caine’s Christmas miracle, promising laughter, redemption and singing food to get you in the holly jolly spirit. A can’t miss this holiday season for musical lovers and the young at heart alike.
Tickets £12

London’s best music trivia is kicking off the holiday season with a Christmas Music Quiz party that’s sure to leave you belting out some Mariah while dancing on tables. Grab a group of friends for a hilarious holiday outing that promises to please even the Grinch of your group. Just be sure to book soon, as tickets are going faster than you can say “Whoville.”
Tickets are various prices.