Oh it’s Holi! And how I enjoyed it for the first time in my life

Holi! I had heard about it, read and seen photos of it in newspapers but never thought that I might actually participate in the festival. Yes, I have finally attended and enjoyed a lot Holi for the first time in life in London! In Bangladesh, the festival is not celebrated on large scale with color, but with different worships, as it is believed a holy day.

On 12 March 2017, Dishoom arranged a programme of Holi at the York Hall Leisure Center in East London. Despite having a ticket I was having a dilemma whether to go or not as I was searching for friends to go with. You never know what is waiting for you. Turned out one of our other international student bloggers Tapasi Sharma and my friend Tasnuva Tabassum, Lecturer of Department of Disaster Science and Management in the Dhaka University Bangladesh, were also going. We were welcomed by Mithai (Indian sweets) and Chai (spiced tea). We loved the sweets very much! In Bangladesh, we have a common joke that “You would regret if you eat or do not eat Delhi’s laddu (a round structured sweet)”! So, we were craving more Mithai! 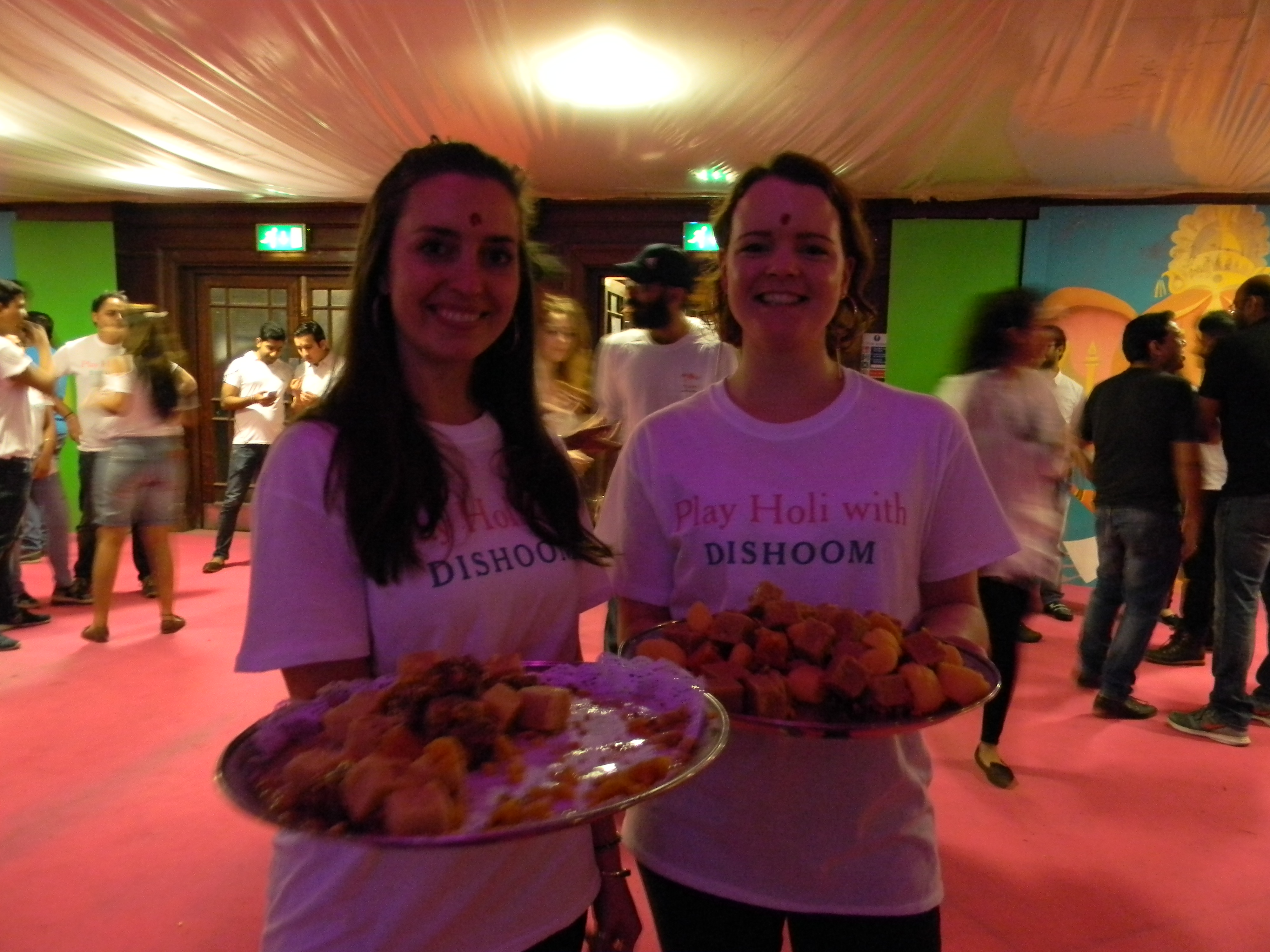 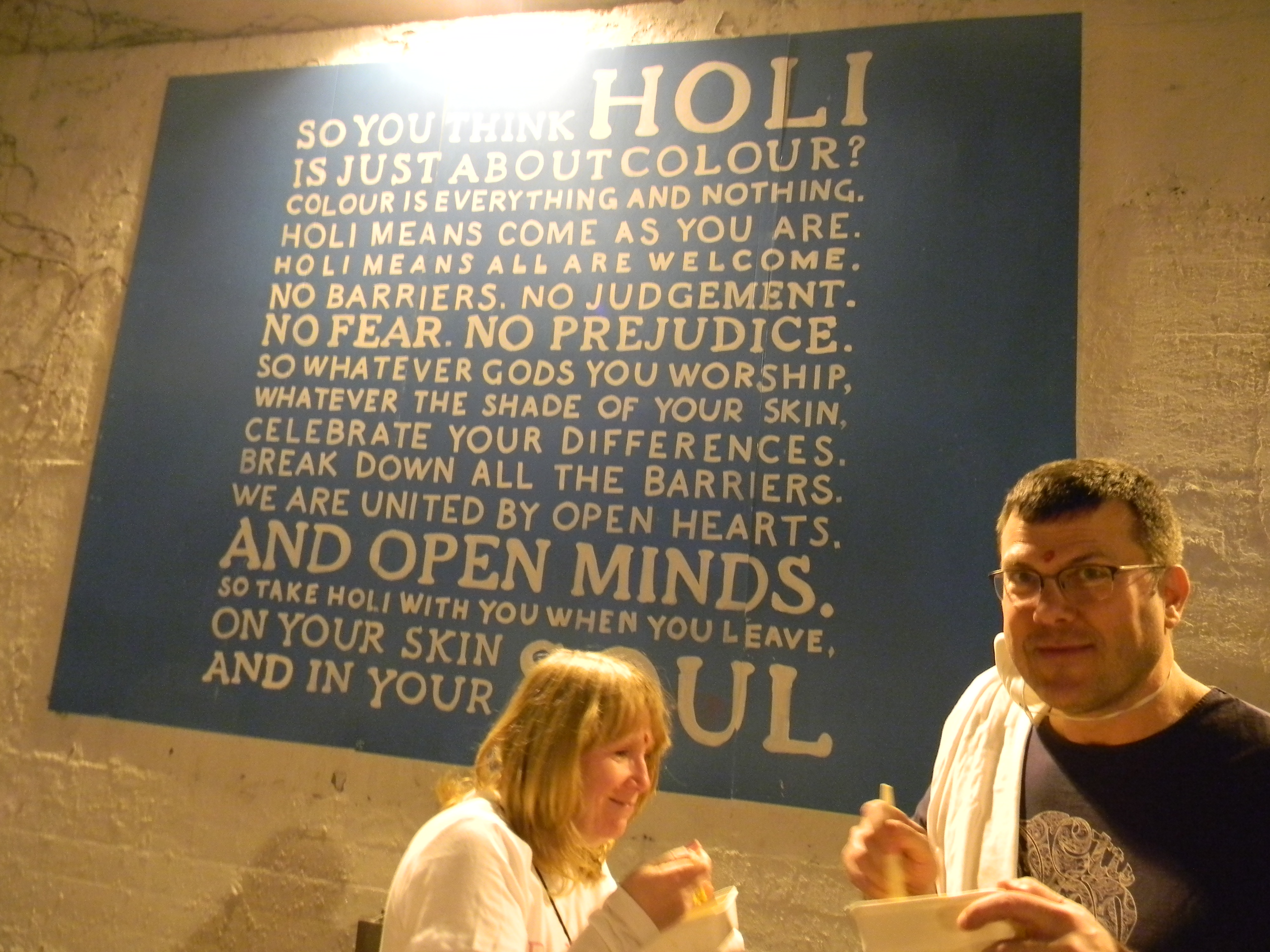 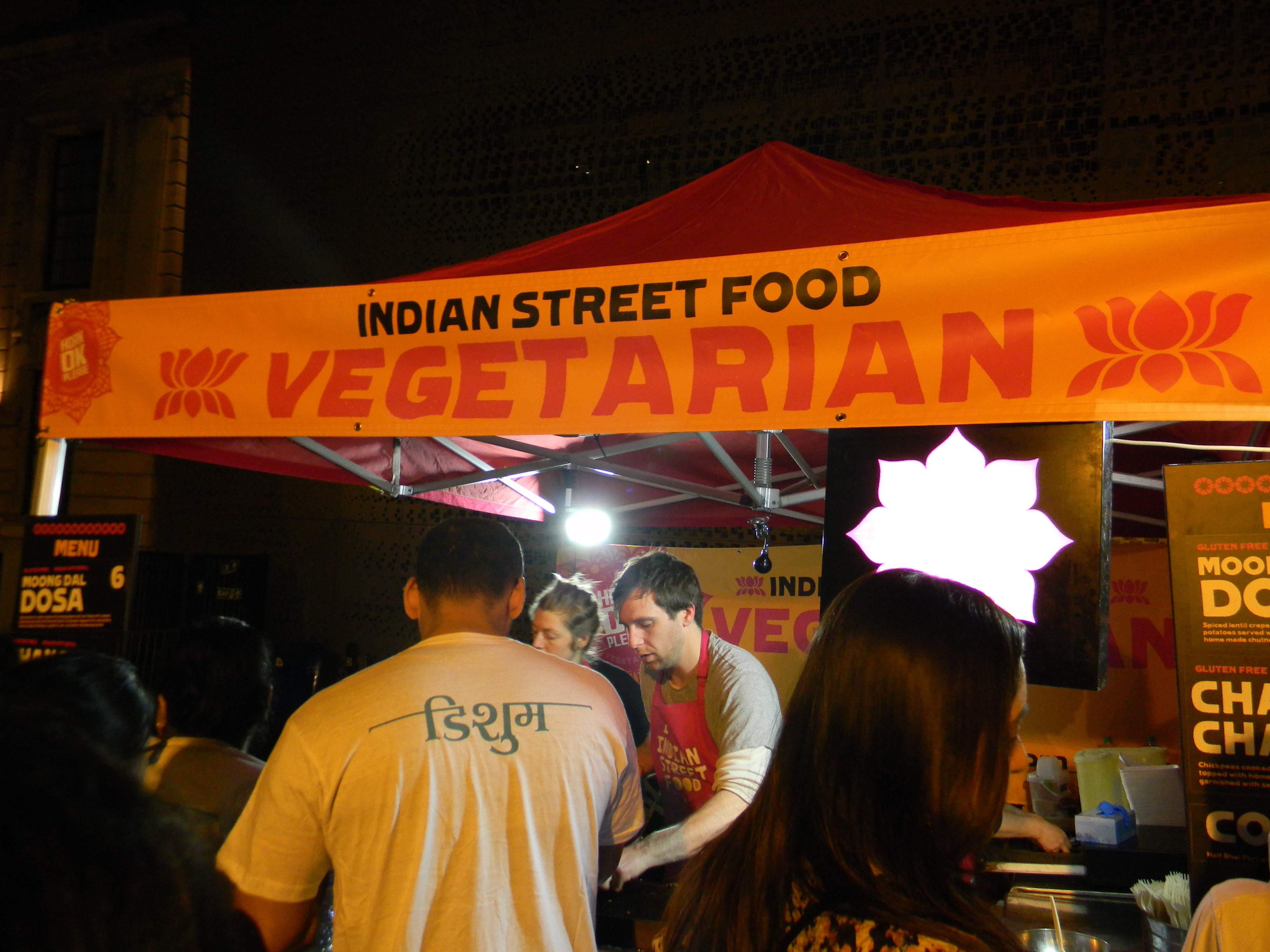 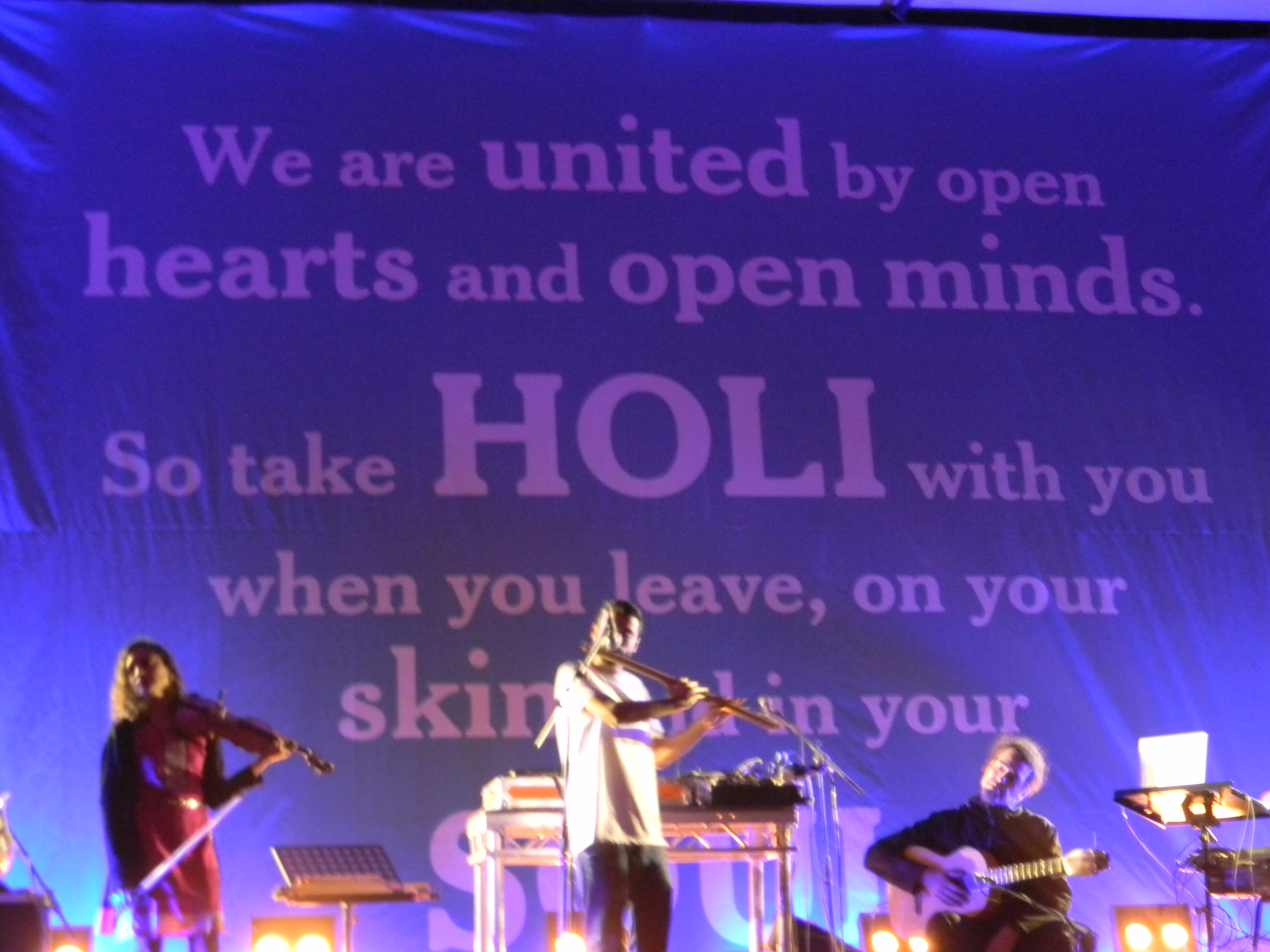 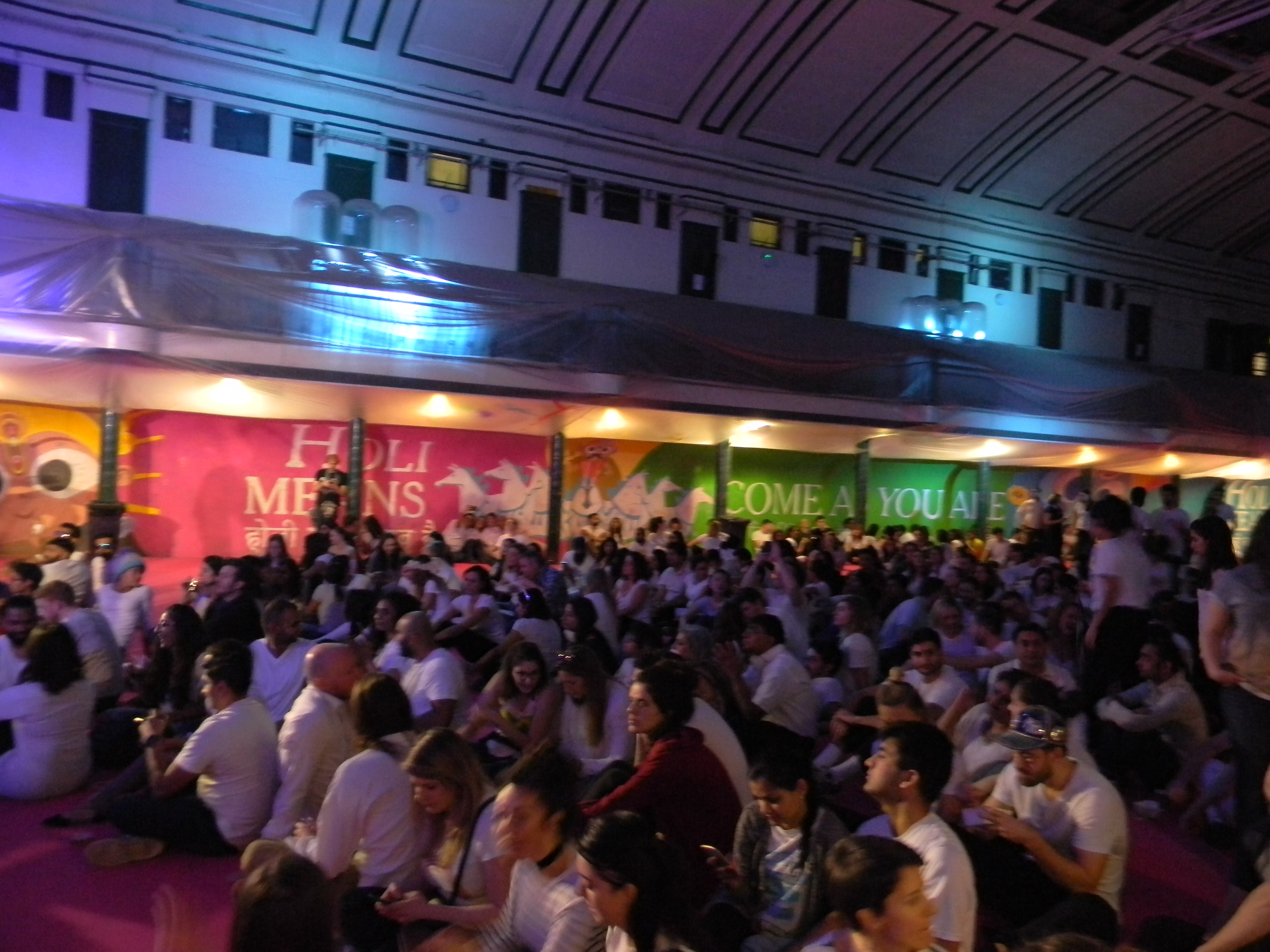 Before explaining the main chunk of the program, I want to share the history of the festival. It is the symbol of celebration of destruction of any devils’s evil effort against God. According to the Hindu Literature, there was a wretch king named Hiranyakashaypu. He had a witch sister, Holika, who had a magic blanket that would never catch fire. The son of the king, Prahalad, was dedicated to God. For this reason, the king wanted to kill his son by burning him with the help of Holika. But God saved Prahalad with the magic blanket and Holika burnt forever. We, the people always try to harm each other, but we need to remember that bad deeds end up bringing the worst experiences for ourselves.

At the Holi festival, I was so surprised to see all the different nationalities! It seemed like a melting pot of all different nationalities and cultures celebrating the festival of colors, enjoying the food and music, which made me feel that there is only one universe for human species. People gathered to buy Indian street food from mini-street food stalls. I also enjoyed very much the flute by Shammi Pithia and the tabla played by Vikaash Sankadecha. 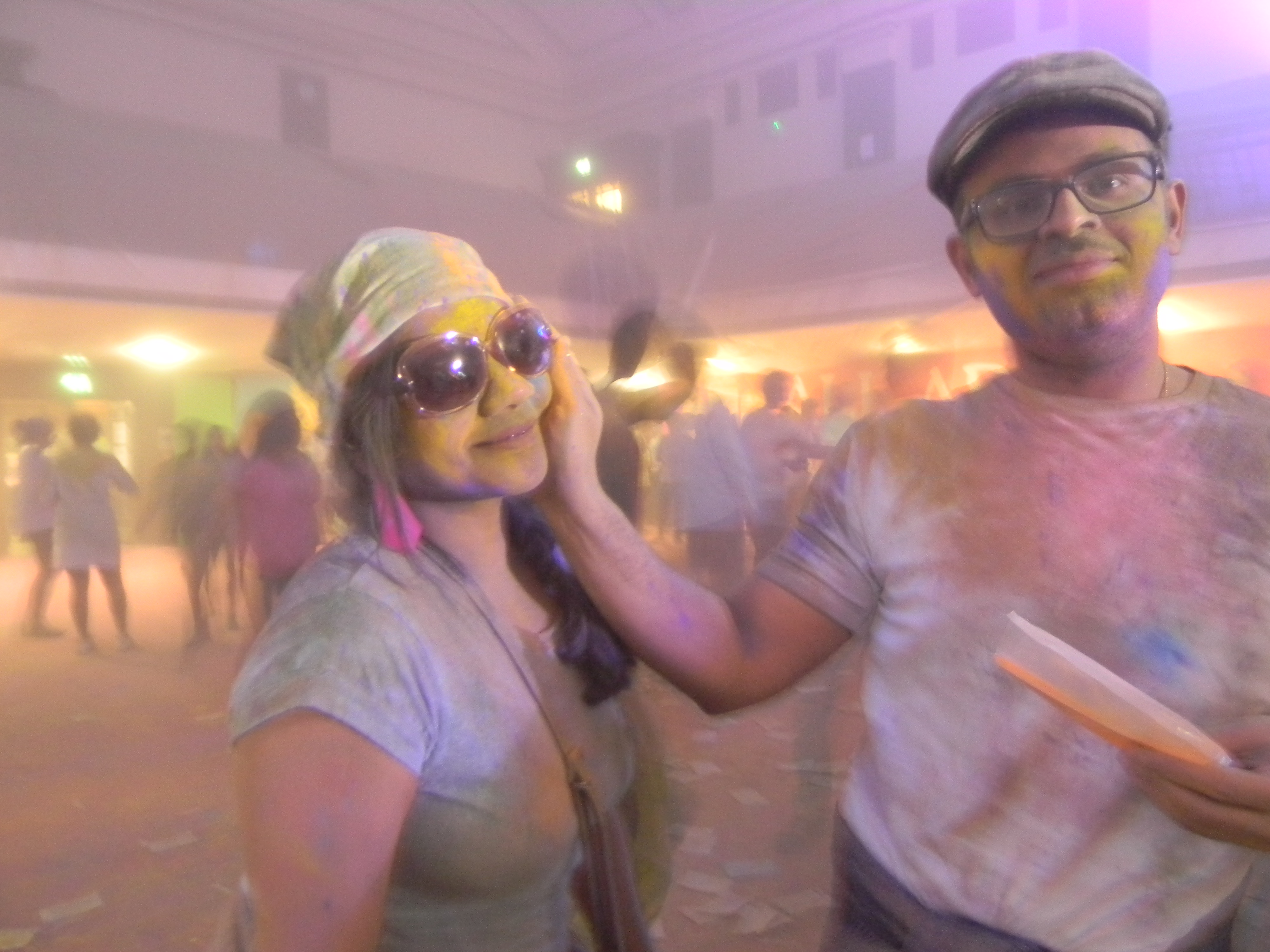 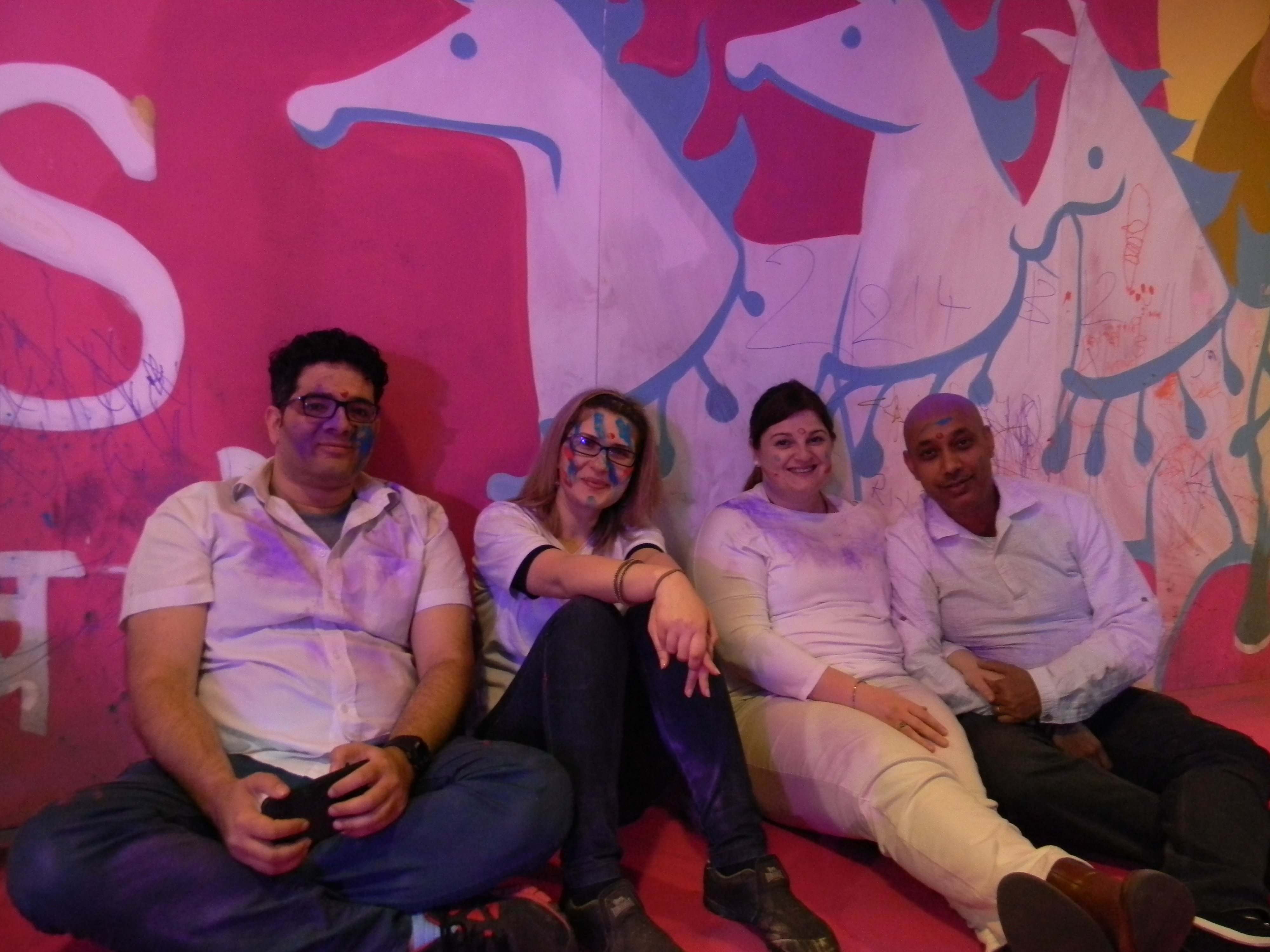 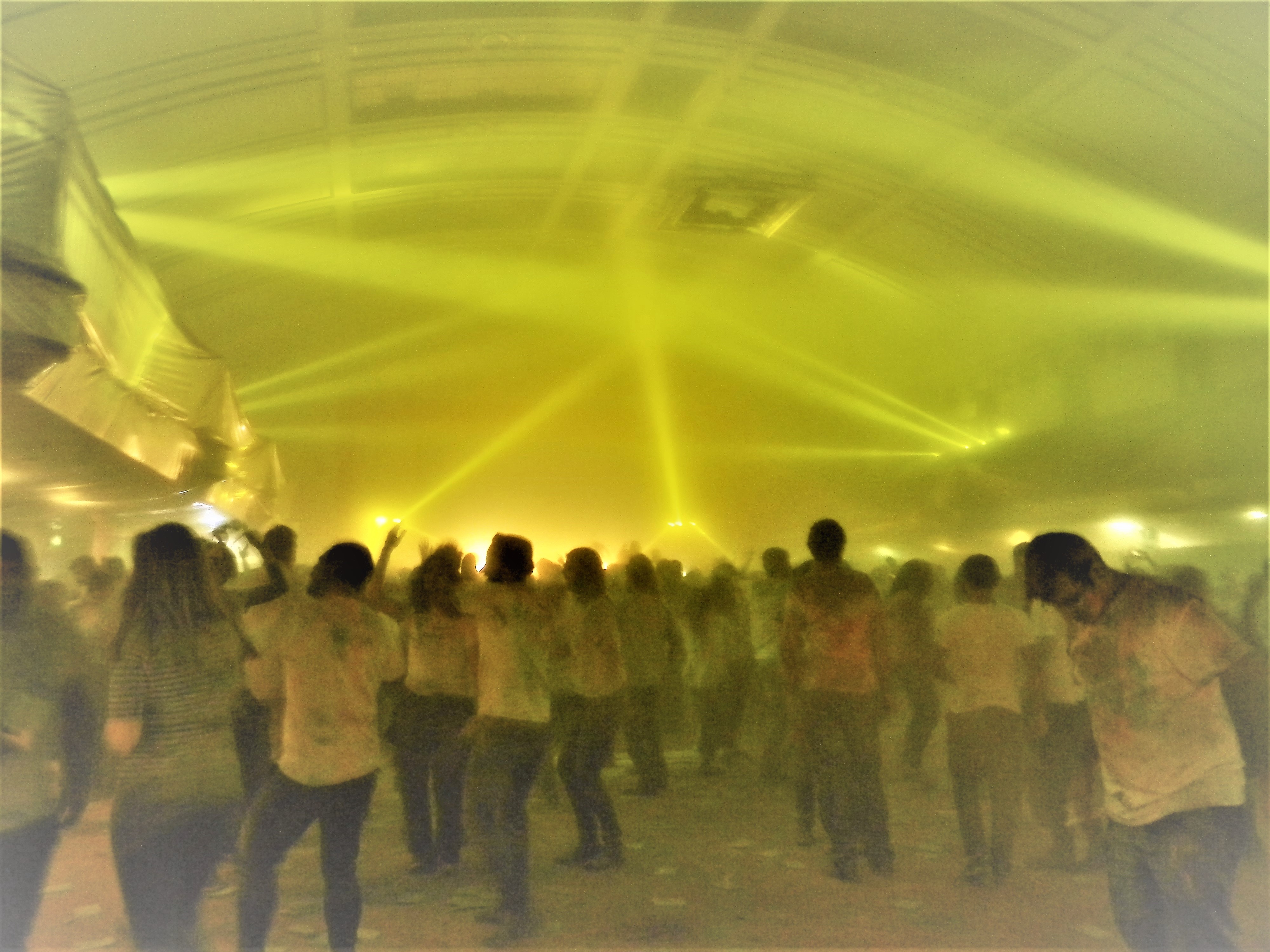 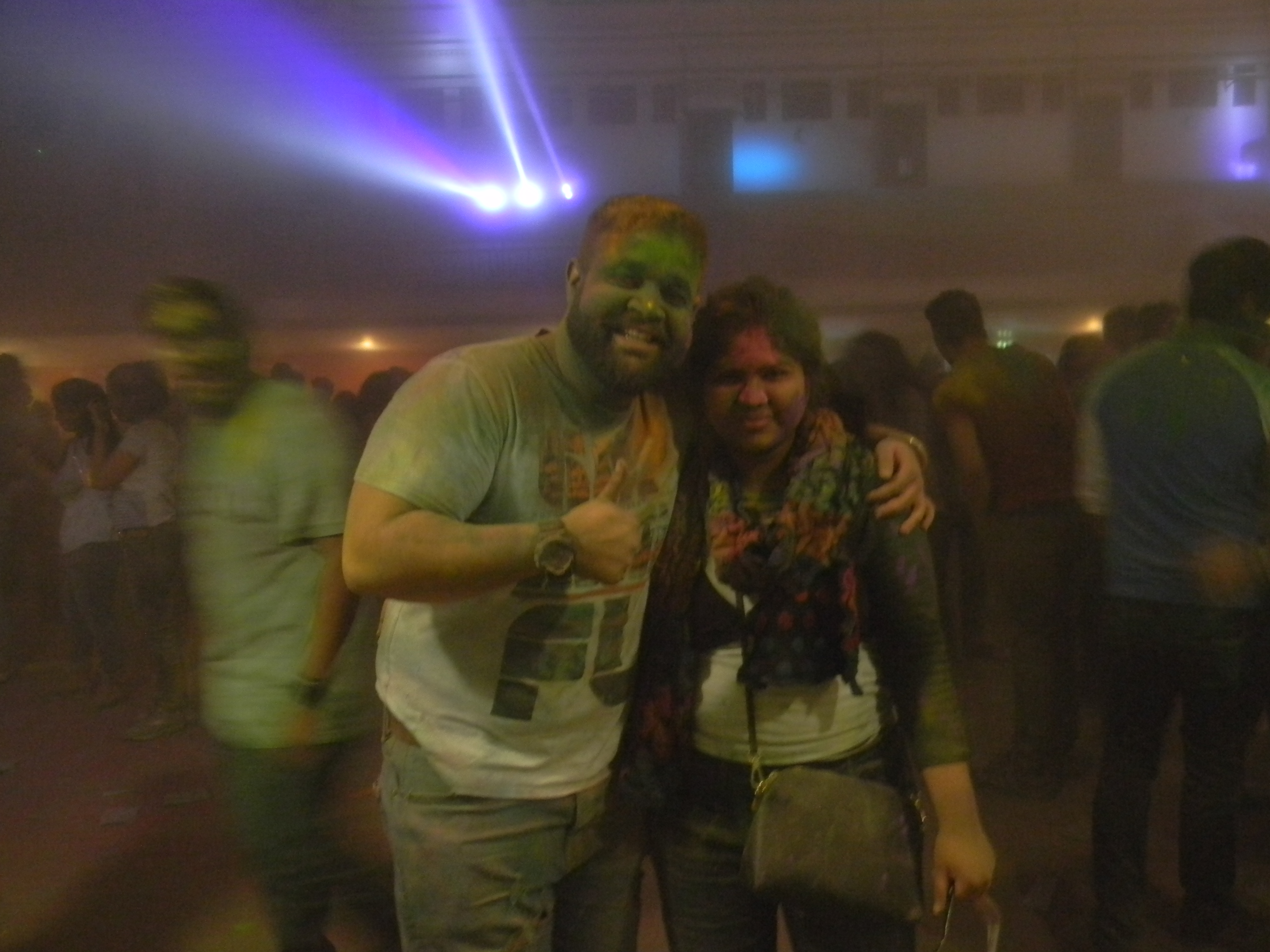 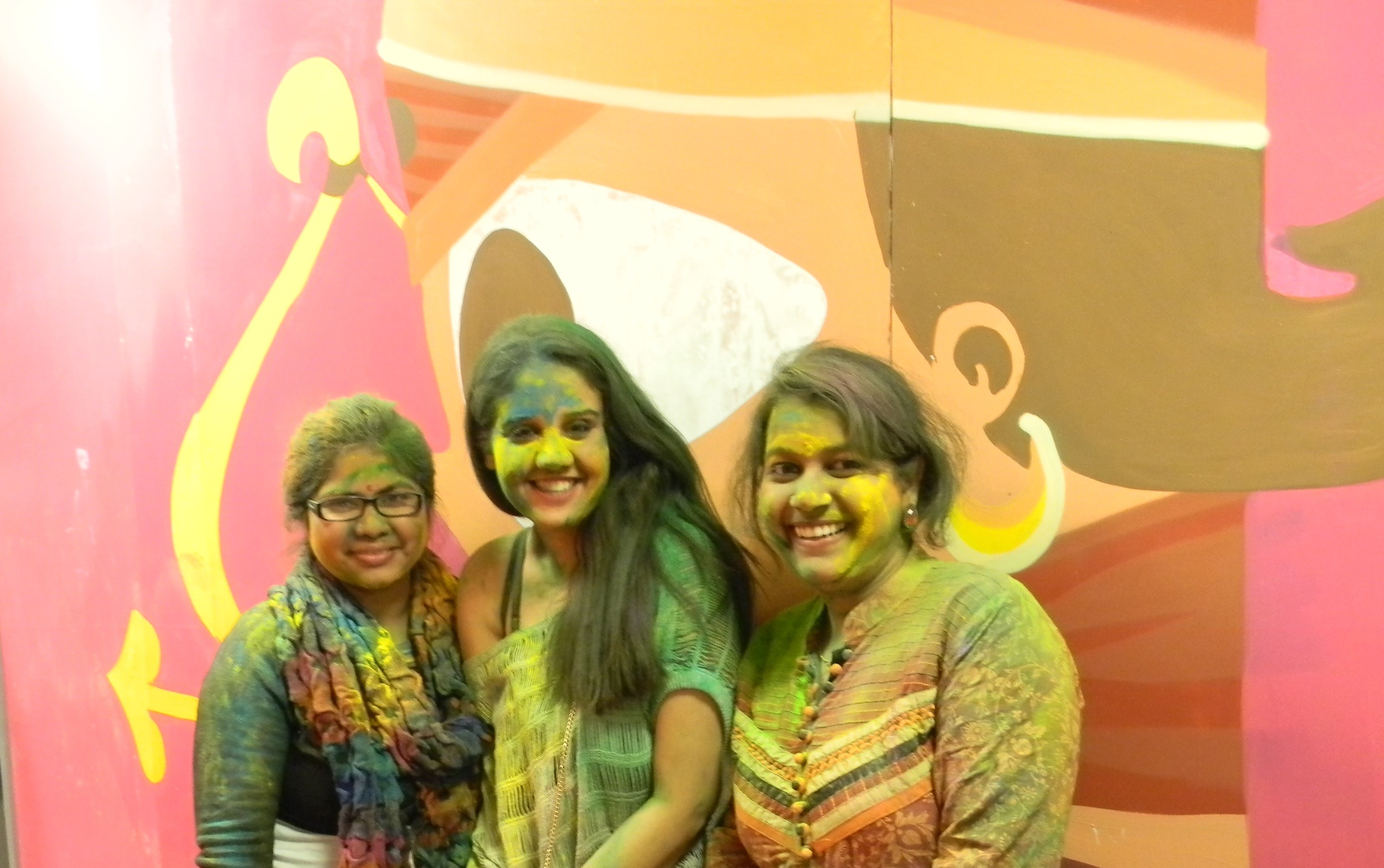 Before starting the play of Holi with gulal (colorful powder), a dancing rhythm was bought by the live drummer of Euphonica Drum and Beats. A shower of gulal was thrown over our heads! Then, we caught the packets of the color and started playing. In the end we didn’t even recognize each other and danced a lot! If the moral values of the festival are kept in mind, no bad memories may arise and a color of peace would be explored all over the world. I really enjoyed the play of Holi in London and it again proved that it is the city full of diversity of culture and people celebrating together.