On 16–17 April 2019, Petros Karatsareas and Birgül Yılmaz of the School of Humanities were delighted to host a symposium on “Non-standard and minority varieties as community languages in the UK” in the Regent Campus of the University of Westminster. The symposium was supported by the flexible funding scheme of the Cross-Language Dynamics: Reshaping Community AHRC-Funded OWRI Programme and through its Multilingual Communities strand. 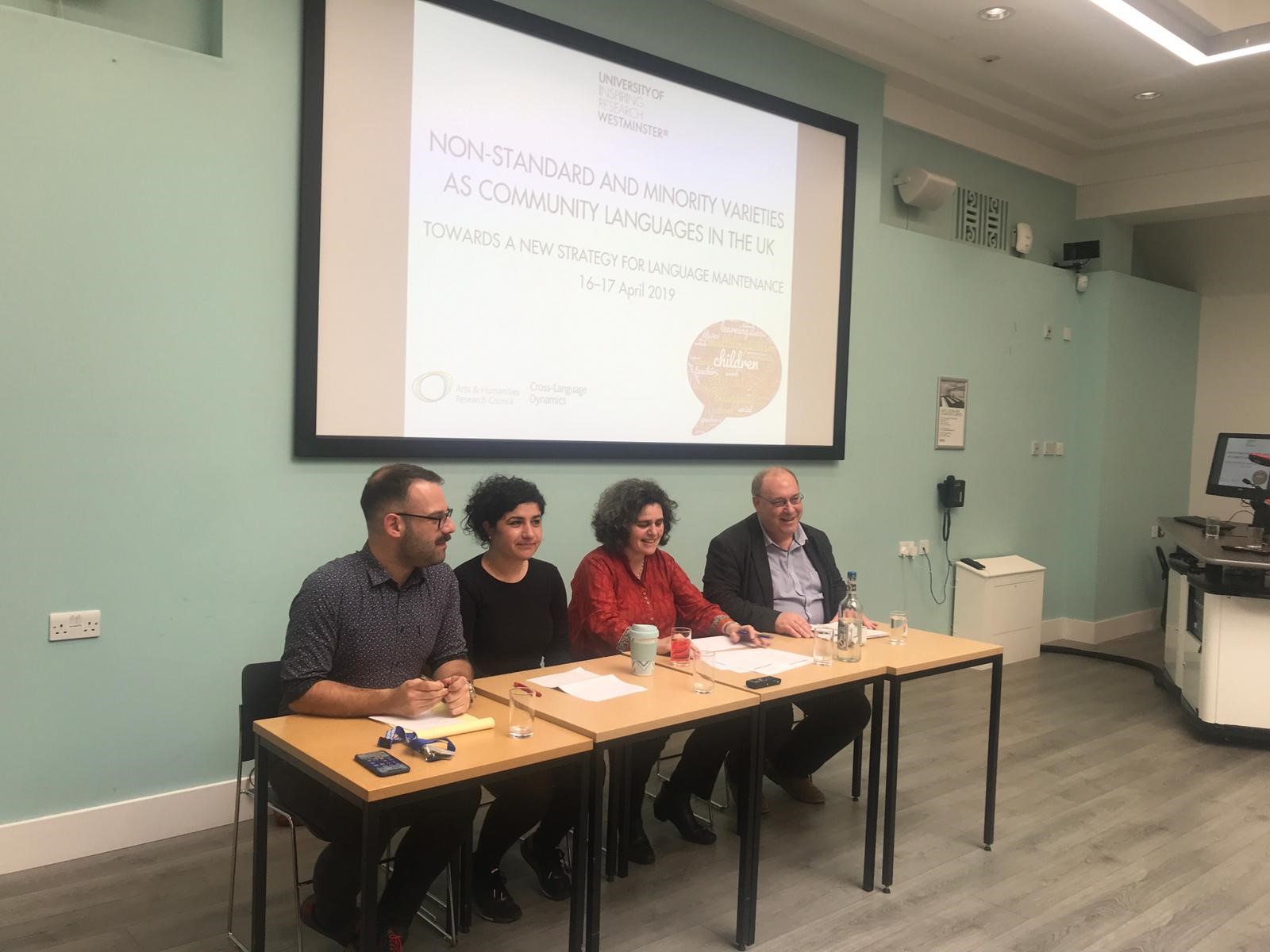 The event sought to create a forum of academic and non-academic experts and stakeholders who work on and speak different community languages in order to critically engage with the similarities and differences in the historical, social and linguistic contexts, the language ideologies, and the teaching, learning and inclusion practices of their respective communities. At the same time, academic and non-academic experts held initial discussions and planning on how best to promote the value of non-standard varieties and minority languages as community languages in the UK, how to thoughtfully integrate them in the teaching and learning offered by community-based schools, and how to better include them in ongoing efforts centred on the promotion of multilingualism as a cognitive, social, educational and economic resource. 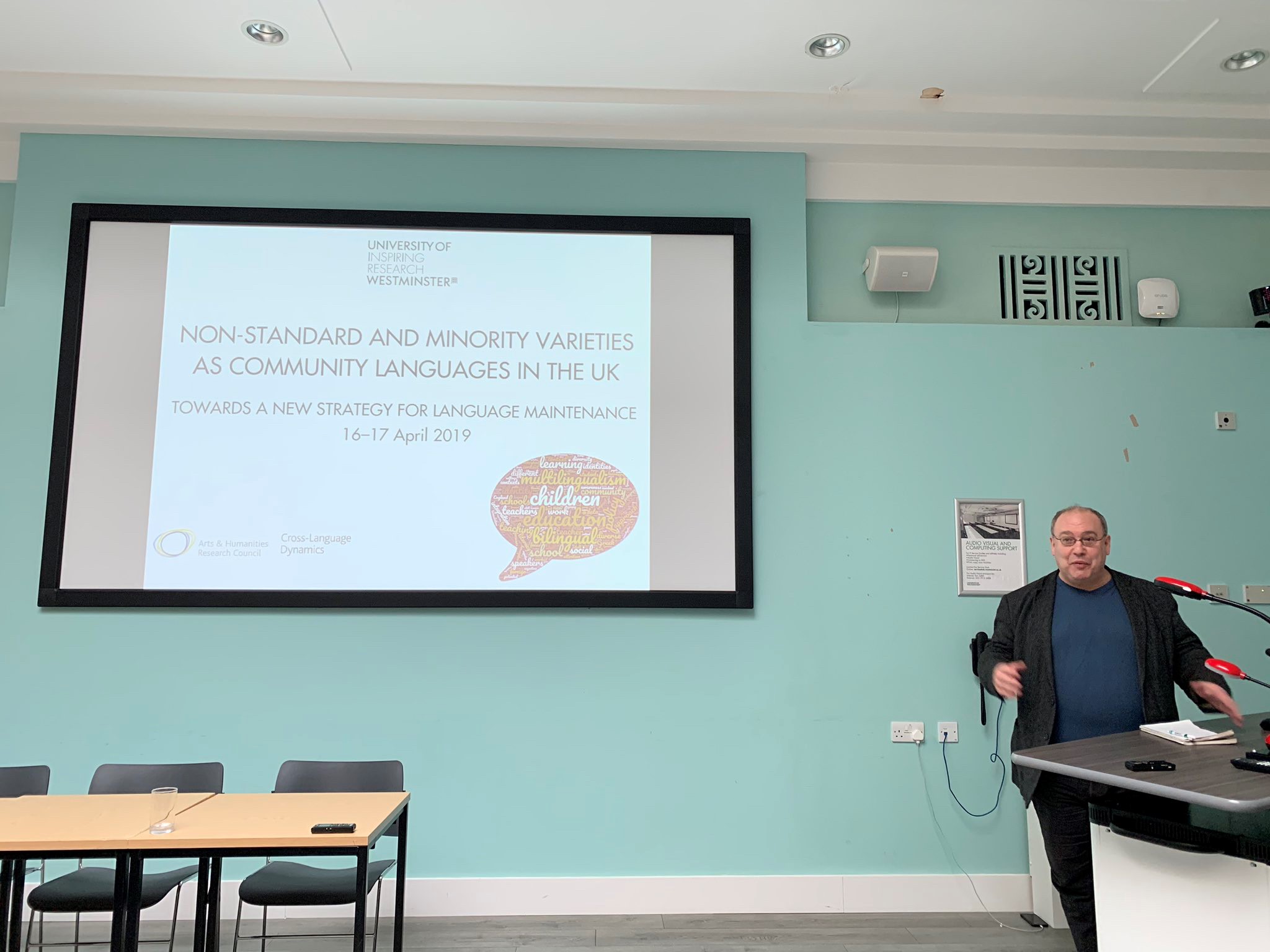 Professor Yaron Matras of the University of Manchester opened the first day of the symposium, which featured talks by academic specialists on eight different community languages: Ukrainian, Chinese languages, Bengali and Sylheti, Cypriot Turkish, Cypriot Greek, Arabic, Galician and Kurdish. Pascale Vassie OBE, Executive Director of the National Resource Centre for Supplementary Education, kicked off the second day, which involved contributions by non-academic practitioners and representatives of five of these communities (Ukrainian, Galician, Bangladeshi, Turkish Cypriot, Arabic) as well as a roundtable discussion. 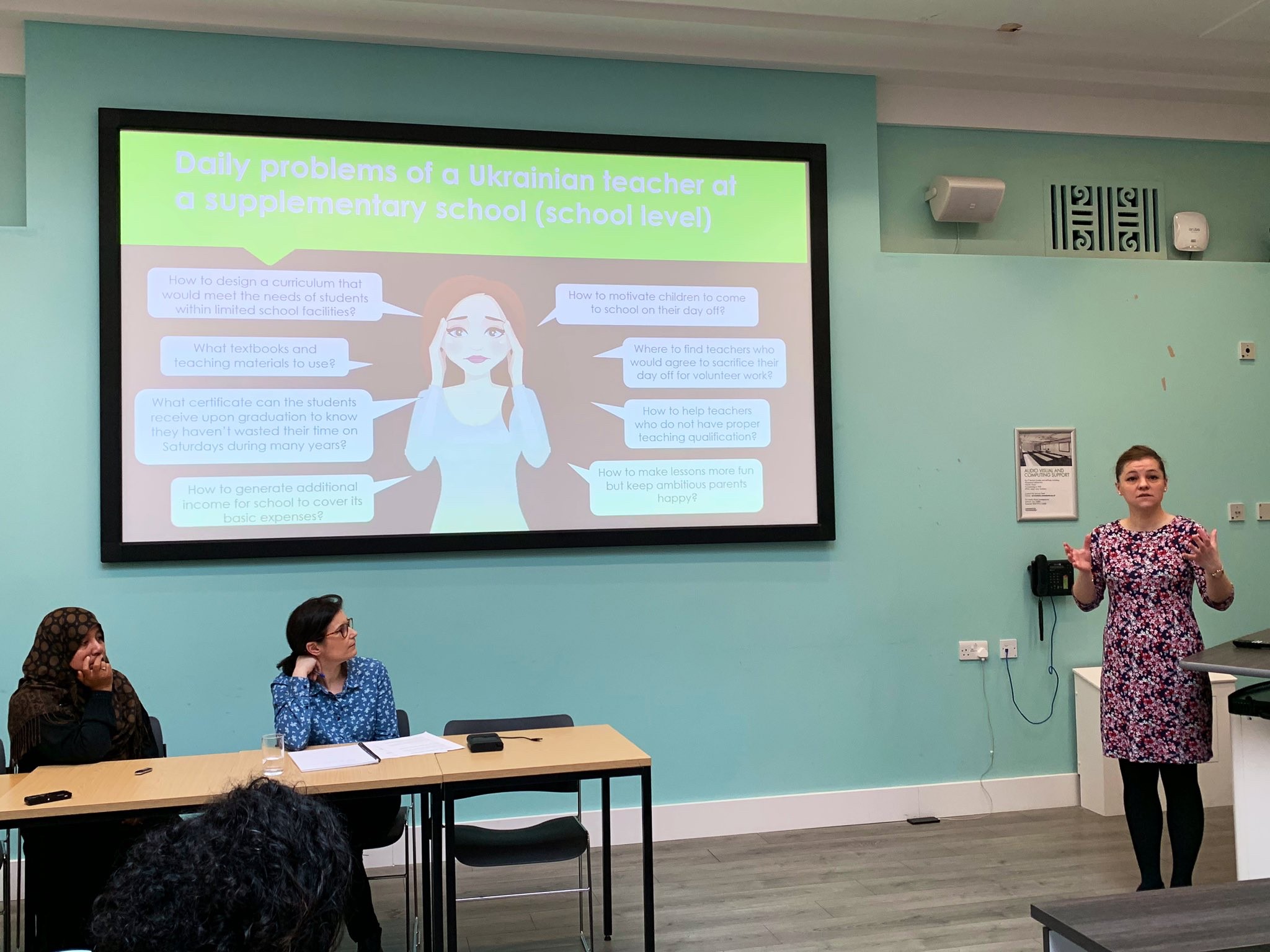 Bringing together academics and practitioners in an open and constructive dialogue was the key success of the symposium. Academics highlighted not only the tensions arising from a monolingual(ising) mainstream education that does not always harness the multilingualism of many UK pupils but also those arising in community schools from the preference shown towards standard forms of community languages when they are not the languages spoken naturally by pupils in their homes and wider communities. Practitioners reported on the difficulties of bringing about change but proposed ways in which the negative effects of such ideologies could be challenged. In the roundtable discussion, collaboration through the creation of a UK network of community languages emerged as the unanimously agreed best way to overcome what seems impossible on the level of individual efforts. 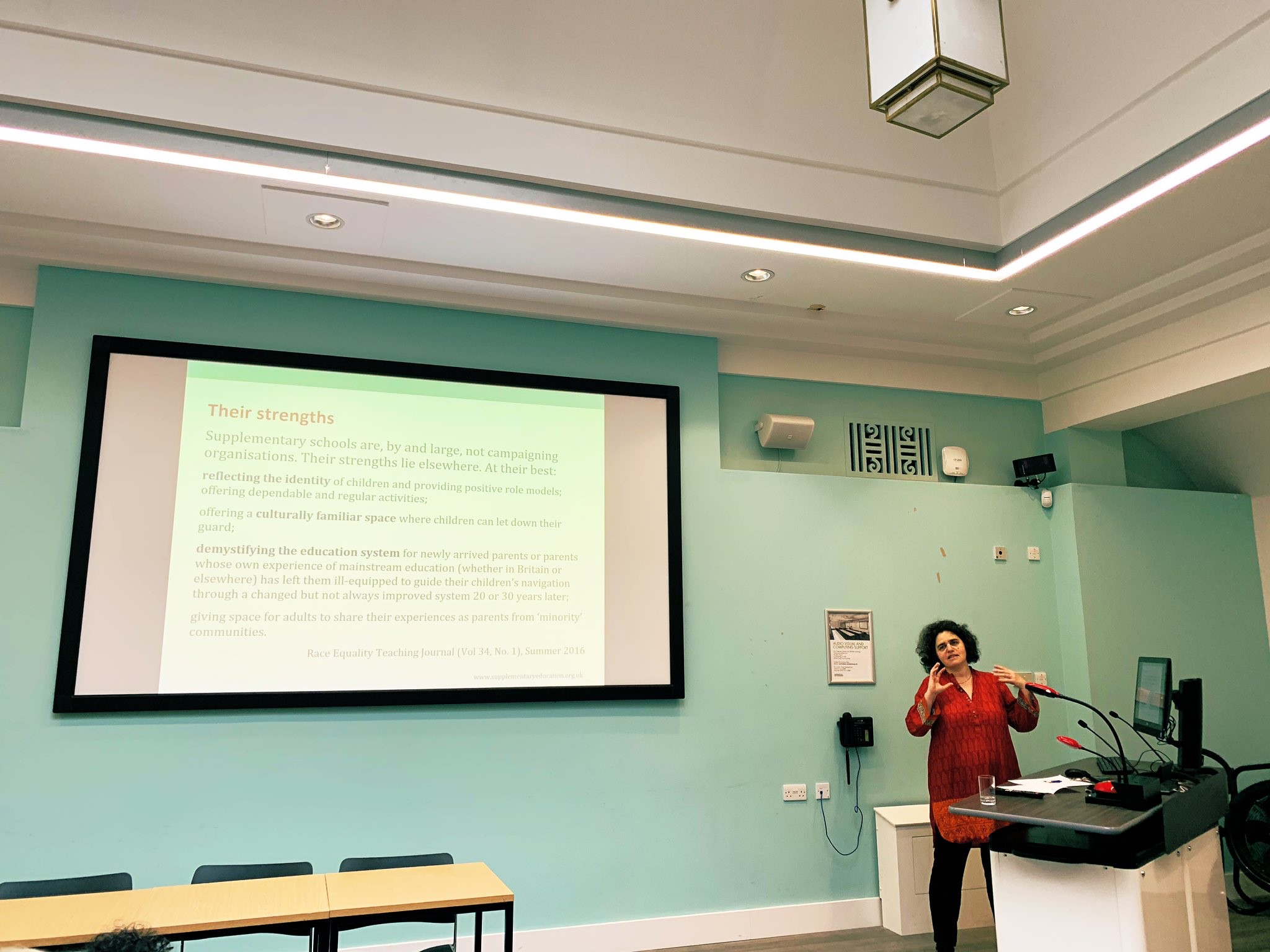 In the words of some of the participants,

“It’s refreshing to see non-academic people, to be honest. In this way, academics see that other people can benefit from our research!”

“What really struck me yesterday was the commonality across languages. We saw not only all the crossovers between academia and practical life but also the similarities across languages. So many of the issues are common across the languages no matter what the language or how big or small the community.”

“This is the first time I heard people talking about collaborations between communities. Before this, everybody was on their own thinking ‘this is our problem’ while yesterday was the first time people said ‘Maybe if we stick together we can achieve something’. So, I think it’s a really important event.”

“There was a quite nice balance between researchers and practitioners. I am both of these things, I used to be a practitioner and now I’m a researcher so I can understand both situations. And it’s very interesting to get together and to show the practical side. Very useful work!”

“It’s a great initiative to get together the academics and the practitioners. Just going through my presentation this morning, I realised that pretty much all the things I wanted to say had been already mentioned by academics. So you see there is some good academic research. And it’s nice to see that we actually talk about the same things”.