Raufhon Salahodjaev lecturer of the Westminster International University of Tashkent (WIUT) has been ranked 32nd among the Top 100 Publishing Young Economists by Research Papers in Economics (RePEc), run out of the Research Division of the Federal Reserve Bank of St Louis, USA. These rankings, by country and sub-discipline, highlight that for a WIUT scholar to be in the same list as economists in established Western universities and major economic organizations which is a great achievement!

Raufhon Salahodjaev is one of the few international scholars whose research findings, published in premiere economics, political science, sociology and psychology journals, provides a response and evidence to questions like, “Why do good institutions exist in some places and not others?” The answer to this question lies in the area of economics, evolutionary psychology and those areas in between. In particular, Raufhon argues, it is the intelligence of nations and the historical prevalence of infectious diseases that has led to the formation of national institutions, which in the next stage shaped comparative economic development.We met recently for a chat about Raufhon’s research interests and further plans. Here is a short extract from this interview.

What are the main factors of your success?

I believe research is a brain sport, and, success in the area of research is shaped by the same factors that build superstar athletes. A successful researcher is motivated and dedicated to his work. While sportsmen train in gym or out in the field many hours a day, a young scholar has to devote the same time and brain effort to read papers and books, and process data. I spend at least four hours every day doing research, to reading broad literature and processing information. On average, I try to read not less than 7 – 10 new papers per day. In order to be a successful scholar you have to convert talent into a skill or profession.

How did you get interested in this field of study?

When I started to do research, I understood that economics is becoming increasingly merged with other disciplines such as environmental studies, political science and management. I was very interested at that time in evolutionary biology and psychology. It became my obsession to merge these two fields with economics and offer new explanations in cross-national differences in the wealth of nations. 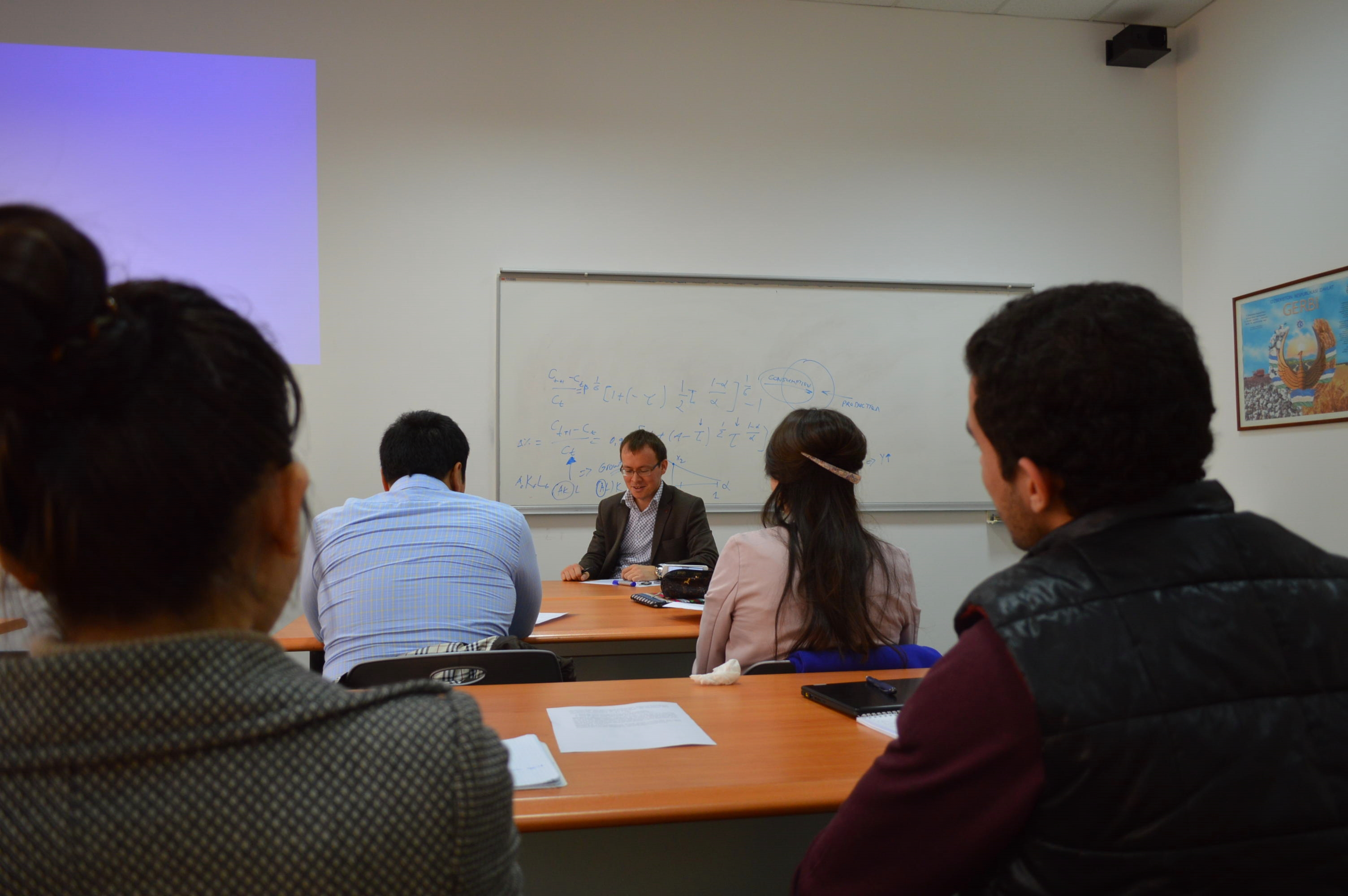 What are the biggest challenges now in your research?

I guess that I cannot clone myself. If I had another identical self, I would be able to double the results with less effort. But apart from that, I believe data is a bottle neck in any research. It is hard to find reliable data to test different hypothesis. For example, in my upcoming working paper, I want to test the effect of air pollution on soccer match outcomes. However, the air pollution data available from GEO stations is sometimes located many miles away from the stadium, which may distort the results.

How are you going to continue your academic path?

I plan to keep on doing the same for the next year or two and maybe start thinking about getting a PhD degree or making a short-term move to a research-led university in the West. I feel there is no need for this at the moment. In the academic world all that matters is establishing a publication track record and a long list of citations. Doing a PhD only teaches you how to do this! 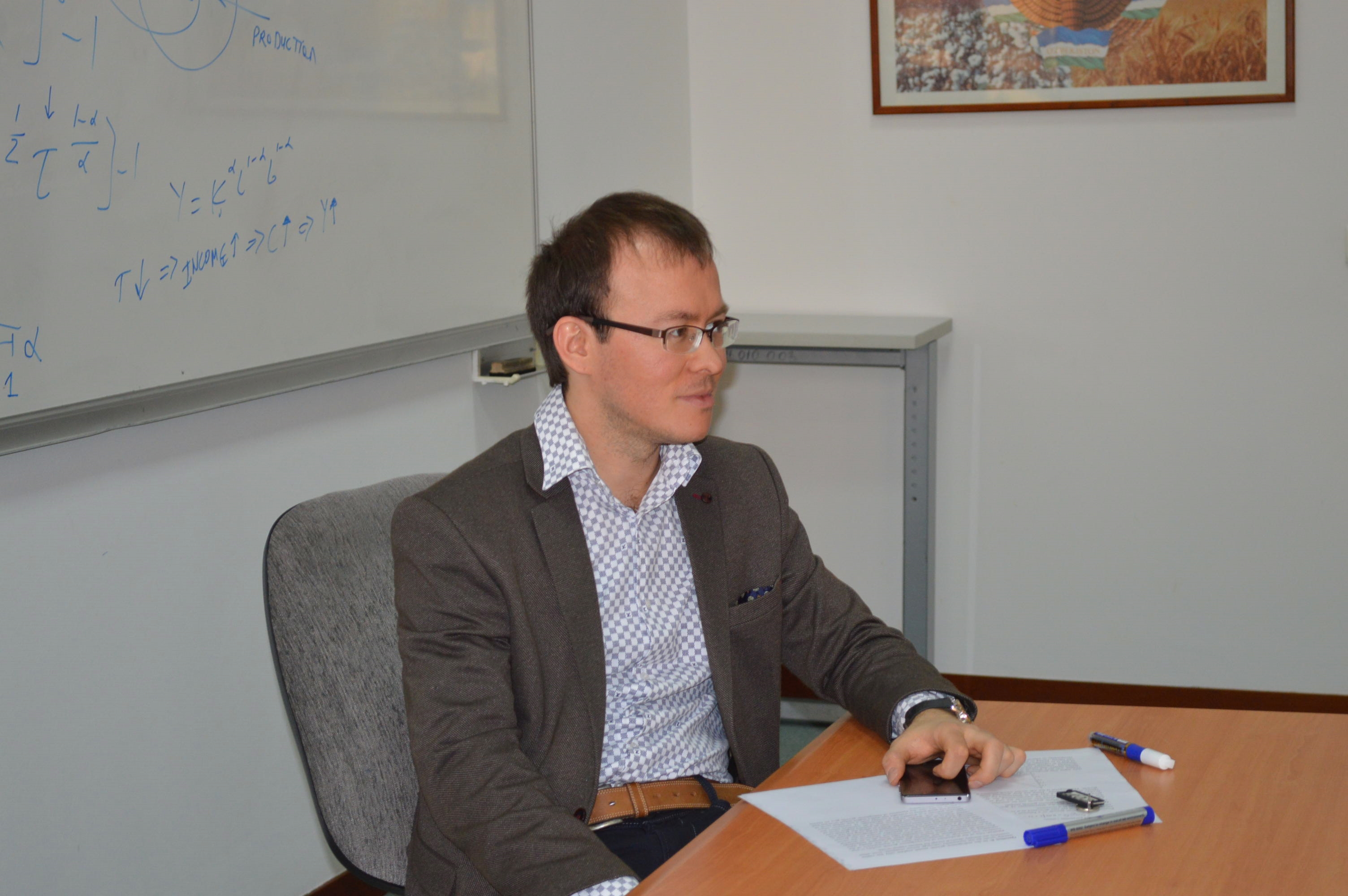 What kind of impact do you think your research will have in economics or in other fields of research or in society as a whole?

I have already seen some impact of my research. My application of parasite-stress theory of values within an economics context, for instance how I apply evolutionary biology and psychology to economics, has been welcomed in elite journals. I have published papers in Kyklos, R&R at Journal of Economic Behavior and Organization, and preparing a paper to Journal of Money, Banking and Finance. Therefore, I feel that in future more and more studies might be based on my findings. I believe we all need to understand that the wealth of nations was not just shaped 100 years ago, the origins of cross-national differences in economic development are deep rooted, and understanding where we came from, will help us to know how we can become richer, happier and have more efficiently functioning institutions.

RePEc is part of the collaborative effort of hundreds of volunteers in many countries, who wish to enhance the dissemination of research in economics. The project was started in 1997, and at its heart, is a decentralized database of working papers, preprints, and journal articles.
Leading publishers, such as Elsevier and Springer, list their economics material in RePEc. RePEc collaborates with the American Economic Association’s EconLit database to provide content from leading universities’ working paper or preprint series to EconLit. Over 1500 journals and over 3300 working paper series have registered, for over 1.2 million articles, the majority of which are available online. The information in the database is used to rank more than 30,000 registered economists. RePEc also indexes worldwide economics institutions through its Economic Departments, Institutes and Research Centers in the World (EDIRC) database.
Andrei Shleifer is currently the highest ranked economist, followed by Joseph Stiglitz and James Heckman. The economics department of Harvard University is the highest ranked, followed by the World Bank and the University of Chicago.

Thank you to Raufhon Salahodjaev for this interview. To find out more about Westminster International University in Tashkent (WIUT) please visit their website.

Supporting you throughout the application process.