Reflections On The University Business Challenge Semifinals By Karen Kufuor 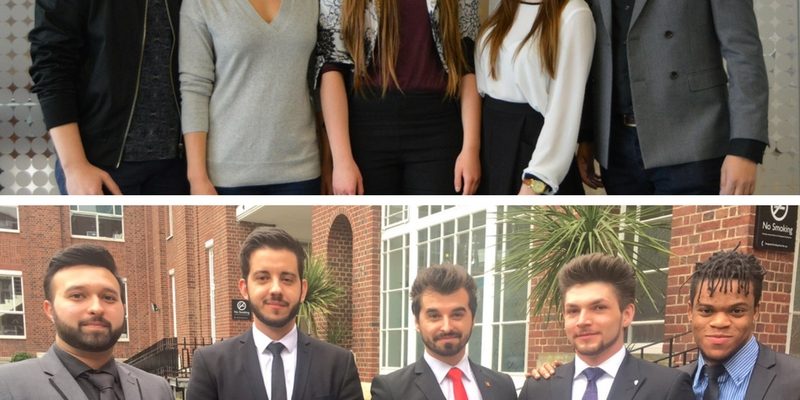 If I had to describe the University Business Challenge semi finals in three little words I would say: tense, emotional and enjoyable. So this year we again had two teams in the semi finals, one took part in Bristol, while the other in London. That meant that unlike last year the teams were not able to support each other on the day.

For the Bristol semis I travelled to Bristol together with the team, which gave me time to get to know them better. I think having an evening together in Bristol was very beneficial as the team were able to meet to fine tune their elevator pitch, as well as getting last minute feedback from me – right up to bed time! Logistically we also benefited from being close to the venue for the early start the following morning.

We were able to arrive early enough to grab a coffee, socialise with other teams and take photos all of which helped to settle the pre-event nerves. As expected the competition was intense – with all exercises being time restricted. Academics all sat at the back of the room and were not permitted to help the teams on the day. I spent my time giving the occasional reassuring smile and thumbs up sign and of course taking endless photos, many of which I tweeted.

Eventually it was time for the results and what a cliffhanger that turned out to be. First the bottom 20 teams are announced; I could hardly contain my delight once it became evident that Westminster had placed amongst the top ten in the room.

Only the top three teams out of the 30 teams in Bristol semis would secure a firm place in the grand finals. My heart rate elevated further as the big count down commenced. As competing teams were called out I realised the dream of qualifying was getting nearer and nearer. …….Alas the suspense was over and Westminster were announced in 4th place, a mere 5 marks behind the team in 3rd place. A mixture of emotions took over; first disappointment, second immense sense of pride at what had been achieved, then finally hope as the 4th -5th and 6th place teams still ‘had a chance of qualifying – as their names would be placed in a hat and one lucky team would be drawn to join the other 9 finalists. So our mood at the end of the day was one of hope and pride. The Westminster team had certainly represented themselves and the University well. Now began a game of wait and see…..

The London semis the following week was just as competitive and with only 10 teams in this heat, only the team in 1st place would definitely secure a final spot. As before the bottom five teams were announced first and yet again Westminster ended in the top end of the table. Unfortunately they didn’t quite clinch a final spot, ending up in a very respectable 3rd place overall. It was a hard result for the team who had high hopes of making the final. But we all took some solace in the fact that our Bristol team could still be chosen as the lucky 10th finalist.

I got the news of the final outcome at the Westminster module fair the following day. What a great result – Westminster’s Bristol semi finalists had indeed become the 10th team in the grand final! I was delighted to be able to phone the team leader and pass on the great news personally. What an achievement for the second consecutive year the University of Westminster would have a team in the UBC finals.

With the UBC finals just over a week away, there was precious little time to fully absorb the proud moment; it was instead time to start preparing, planning and strategising. No time to waste, Westminster had its ‘game face’ on for the grand finals.

Thank you to Karen Kufuor who is Principal Lecturer in Economics and quantitative Methods who mentored the teams throughout the competition. She is also a keen Photographer, find her on Twitter here.