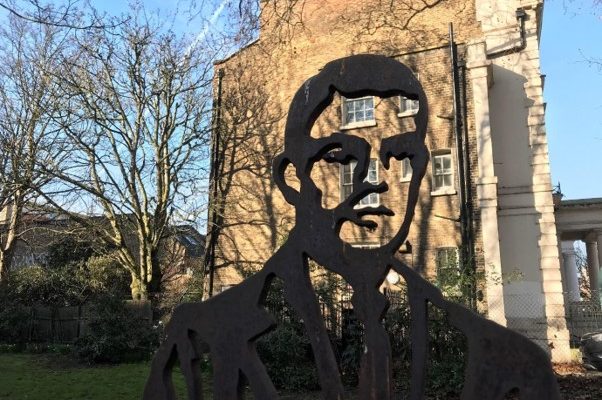 Because of COVID-19, people had to deal with multiple lockdowns, and we have all become used to having less access to public spaces during the pandemic. Meanwhile, it is important to bear in mind that, for some people, this is always the case, and this is not just because of physical barriers. A recent survey showed that 50% of the British public recognise that LGBTQ+ people modify their behaviour in public space to avoid being targeted. Nor are they the only minority group that are conscious of this vulnerability, which has been reinforced by the steady rise in hate crimes and incidents in the UK in recent years. Public space is not neutral.

In that space, the risk of acts taken for granted by heterosexuals in Britain, such as holding hands with a partner, are carefully assessed according to various situational and locational factors. Paradoxically, all too often LGBTQ+ people need more privacy in public space, rather than having to self-police by avoiding eye-contact or other behaviours which might draw aggressive – often heterosexual male – attention. For most public spaces have been designed as male spaces. It is men who do the looking in such spaces and whose voices carry and dominate their soundscapes, while marginalised groups such as LGBTQ+ people tend to seek invisibility within these spaces or avoid them altogether

‘Queering Public Spaces’, the workshop I led during the Difference Festival 2021, explored ways to extend a gender-inclusive cities agenda to LGBTQ+ groups; specifically, the event addressed how LGBTQ+ people can feel safer and more included in urban public spaces.

There is what I term an Authorised Public Space Discourse – the web of assumptions and working practices of those authorities and businesses which determines how these spaces are organised, accessed, and used. This encodes a male determination of the nature and use of public space, not least in the design it features. For exclusion and inclusion in public space is not just about the prejudiced behaviour of some members of the public but is also produced by the nature and features of that space. Poorly lit, badly maintained, and confined spaces can all convey a sense of danger. Planning and licensing regimes that produce monocultures of certain types of businesses serving a mainly heterosexual male clientele, particularly at night, will tend to deter others from the streets. Anonymous streetscapes make those who do not conform to heteronormative assumptions even more frighteningly visible.

Instead, our research findings, which will be published on 17 May to mark International Day against Homophobia, Biphobia and Transphobia, have identified a whole range of design features which will help to create more inclusive, welcoming public spaces and, in the process, help to discourage hate crimes and incidents. Ways of designing in diversity and inclusivity that our research highlighted include aspects of the buildings themselves, such as their scale, facades, or roofline; characteristics of the space, such as its shape and the extent to which it is differentiated by levels, lighting, or pathways; and aspects of the design features of the space, including the street furniture, colours, water or greenery.

This last group includes shifting away from the maleness of most statuary in public spaces towards more representation of LGBTQ+ heritage. This will not only get the wider public in general to understand that LGBTQ+ people have always existed and have a long, if often hidden, history, but also might help to undermine the hostility and misunderstanding that is still widely expressed towards them.

Addressing such design features would benefit all sections of the community, and not simply LGBTQ+ people. It might not make public spaces neutral, but it should make it safer, more inclusive, and diverse, and more welcoming for all.

Pippa Catterall is a Professor of History & Policy at the University of Westminster and editor of the journal National Identities. She has published widely on modern cultural, social and political history. With Dr Ammar Azzouz (Arup/University of Oxford) and with support from Arup, her current research focuses upon ‘Queering Public Spaces’.

Image: This memorial to Alan Turing in Paddington is a rare example of LGBTQ+ heritage in public space.