During the G7 summit in Cornwall, the group of nations unveiled a global initiative to help low and middle-income countries to cover the vast cost of green infrastructure. Intended as a green rival to China’s Belt and Road Initiative, the Build Back Better World (B3W) initiative aims to unlock private capital to invest in projects related to climate as well as health, digital technology and gender equality.

The G7 did not give details about timescales or the total investment pot, except to say that it would contribute to the upwards of US$40 trillion (£28.4 trillion) needed to pay for such infrastructure in developing countries, and that different members of the group would have responsibility for different parts of the world. China’s Belt and Road Initiative has spanned infrastructure projects in some 140 countries around the world since launching in 2013, including G7 member Italy.

So will the B3W “transform the financing of infrastructure projects in developing countries”, as it is claimed in the Downing Street press release? And how might this be achieved? 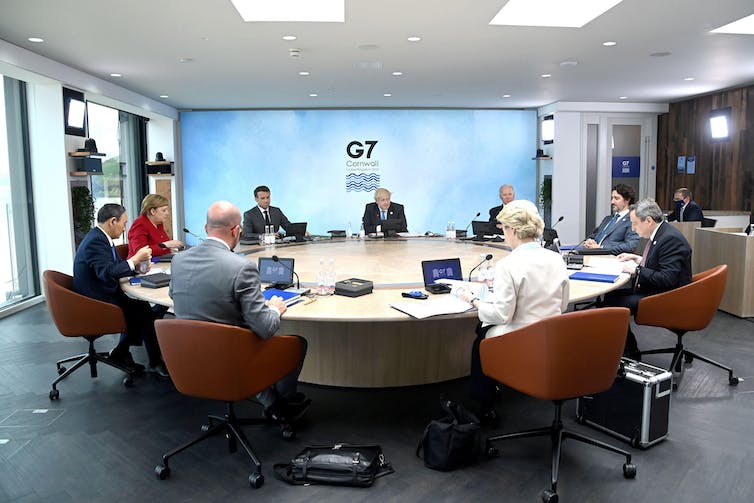 Details from the G7 leaders on rival to Belt and Road are still sketchy. UPI/Alamy

There are several issues likely to face the G7 countries as they work through the detail of the B3W. First, assuming the money will come from nations providing funding alongside private institutions, will they be willing to lend in high-risk situations?

Even in a European context we have witnessed a reticence to get involved in riskier projects. For example, when there was little interest from Europe to invest in the Greek port of Piraeus, it was Chinese shipping giant COSCO that eventually stepped in. This was after Greece had formally announced that it was becoming part of Belt and Road, having struggled to find western investors following its economic crisis.

The reality is that the Belt and Road countries are often risky investment destinations. It is no coincidence that China now plays an important role in United Nations peacekeeping missions: this may be considered at least partly driven by a desire to protect overseas investments. 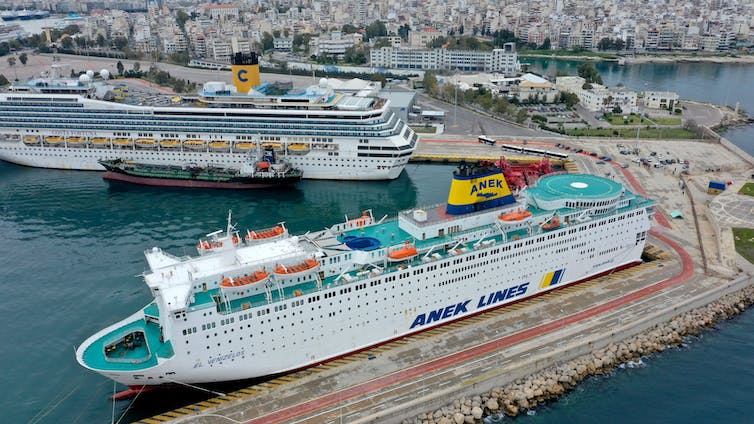 Piraeus port in Greece – will B3W invest in risky projects like this? EPA

Second, can the G7 match the loan terms offered by China? Although Belt and Road investments have been criticised for creating an unsustainable debt burden on countries, its lending rates may still be difficult for B3W to compete with given the political risk and credit ratings of the countries involved. On top of this, B3W projects may face an additional hurdle of abiding by more stringent environmental standards, which could pile on more costs.

Third, policymakers in Washington are being open about their desire to be in strategic competition with Beijing, while other G7 countries – including the UK – are much less keen to be labelled as “anti-China”. This has the potential to create faultlines in B3W while it is in gestation.

Not only that, the G7’s recent difficulties in dealing with the Trump administration may not be easily forgotten – not least the stance on China. Since the Biden administration is in a similar place on this issue, it may make it more difficult for the US to take a leadership role in B3W, since it may want to run the initiative more aggressively against its Chinese rival than some other G7 members would choose to. The prospect of a multilateral competitor to Belt and Road therefore seems like wishful thinking.

Fourth, there have been several competing initiatives popping up recently, most notably an emerging global EU “connectivity strategy” geared at democracies around the world. So far, attempts to get this initiative moving include a deal to collaborate between the EU and Japan in 2019, an EU-ASEAN statement on connectivity in December 2020, and more recently a potential global infrastructure partnership between the EU and India. There are no such signs of collaboration with China, even though our recent research suggests it could lead to significant welfare gains for both sides.

At any rate, if B3W is to make a significant impact there will need to be some serious consideration on how to work in tandem with the EU’s connectivity initiative. The EU may not yet have delivered tangible results, but with plans developing, B3W will be playing catch-up.

Overall, it is unlikely that these competing initiatives will sideline China’s ambitions – notwithstanding evidence that China is pulling back from the previous scale of Belt and Road. That is not to say that the B3W should not be dismissed too quickly, however, as the US is claiming that it will pull together a significant range of development finance tools to get the project off the ground. For now, it probably pays to be sceptical, but to watch closely to see whether some of the difficulties can be overcome.