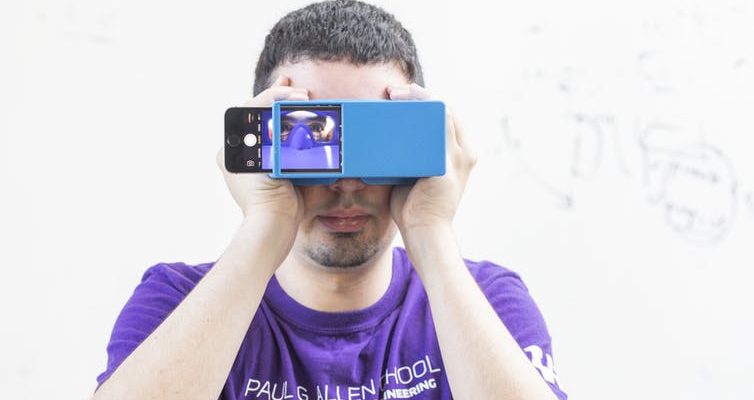 Pancreatic cancer is one of the most deadly cancers. It has a five-year survival of just 3%, and a ten-year survival of less than 1%. The prime reason for these depressing figures is that the disease is very difficult to detect in the early stages. By the time it is detected, it is often incurable. But help may be at hand.

Researchers at the University of Washington have developed an app called BiliScreen that can detect pancreatic cancer at the early stages. A build-up of bilirubin – which causes the eyes and skin to yellow – is one of the early indicators of the disease. The app calculates the amount of bilirubin in the whites of a person’s eyes. The user takes a selfie and a machine-learning algorithm – a type of artificial intelligence – performs the diagnosis.

Bilirubin is produced when the liver breaks down old red blood cells. Jaundice, the yellow discoloration of the skin and sclera (the white part of the eyes), results from an excess of this substance. This discolouration is only visible when jaundice is quite severe. However, BiliScreen produces an estimate of a person’s bilirubin level even at levels too low to be detected by the naked eye.

At the moment, the user of the app needs to use a special box (similar to a VR headset) to block out light from other sources, but the makers of the app hope that future versions won’t need this additional equipment.

A clinical study of BiliScreen, involving 70 participants, found that the app has a high sensitivity (90%). This is the ability of a test to correctly identify people with a disease. In this case, 90% of the people with abnormally elevated bilirubin levels were correctly identified. The app also had high specificity, meaning there were few “false positives” – healthy people wrongly identified as having a disease.

BiliScreen can also be used to detect other reasons for jaundice, such as hepatitis and Gilbert’s syndrome, a common, harmless liver condition in which the liver doesn’t properly process bilirubin.

An earlier version of the app – called BiliCam – was used to detect jaundice in newborns by taking snapshots of their skin.

BiliScreen joins a growing list of apps used for diagnosis, including other cancers. For example, there are a number of apps that screen for skin cancer. Some of these apps use fractal geometry to assess the shape of moles.

Although diagnostic apps will never take the place of doctors, they can act as useful early detectors of disease. And, in the case of BiliScreen, they are more convenient and less invasive than the usual test for jaundice, which involves a trip to the doctor and a blood draw. But whether people will be disciplined enough to regularly use a growing range of apps to screen for diseases, when they’re feeling in the peak of health, remains to be seen.