European Super League: a history of splits over money in professional sport

The world of European football experienced one of the biggest shake-ups in its history when a prospective European Super League (ESL) was announced. Fans, football associations and even the government united in condemning the new tournament, which was criticised as “a cynical project founded on the self-interest of a few clubs”.

Described as a “new midweek competition”, the league was initially announced with 12 founding members from across Europe, including the six “top” English football clubs (who have now reportedly pulled out, throwing the creation of the tournament into jeopardy). These founding clubs could not be relegated from the competition – one of the major points of contention.

The draw for these clubs is easy to understand. Each of the founding teams would receive an expected €3.5 billion (£3.02 billion) to join, plus €10 billion (£8.6 billion) for an “initial commitment period”.

In a statement, the Football Supporters’ Association voiced:

This competition is being created behind our backs by billionaire club owners who have zero regard for the game’s traditions and continue to treat football as their personal fiefdom.

There is an overwhelming sense from all angry parties that owners of the already wealthy clubs have sought further financial domination by distorting competition.

The initial outrage will give way to more measured thought and criticism, but the burning questions are whether this model represents a realistic challenge to the current style of competition and what the consequences would be for both the European and domestic English game. The history of sport can offer some clues.

A history of break-ups and conciliation

Sport has historically been mired in splits and divisions. Football experienced such episodes during the last quarter of the 19th century with the separation between football and rugby football and then the latter into the amateur Rugby Union and the professionalised Rugby League.

The Premier League itself was the result of a split away from the Football League in 1992. The Football Association wanted to exploit the developing commercial opportunities, notably the sale of broadcasting rights. The legal challenge by the jilted Football League failed and the Premier League clubs have since prospered, largely thanks to the new subscription model of broadcasting.

Cricket’s great split occurred in 1977 over the allocation of broadcasting rights to Australian cricket. TV magnate Kerry Packer wanted the rights to show Australian matches but was rebuffed as the traditional relationship with the state broadcaster (ABC) prevailed. 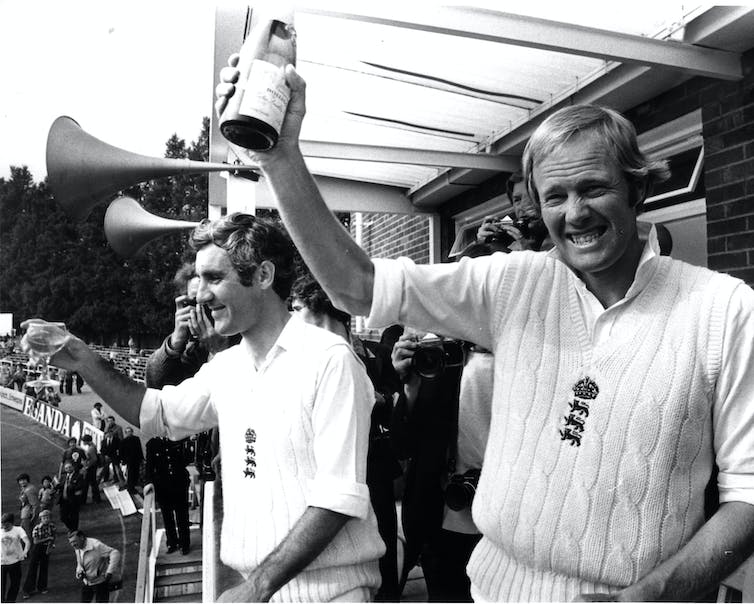 Packer’s response was to launch his own competition, the innovative World Series Cricket, and in great secrecy contracted the world’s leading players, including England captain Tony Greig. Greig was duly sacked and players earning a living in England who had signed were banned from playing in England. The resulting court case went in favour of the players and the bans were rescinded. World Series Cricket ran for two seasons, embracing new ideas such as coloured clothing and games that were played later in the day and continued into the evening (known as day/night games), which attracted spectators and made the more traditional offering appear jaded.

The financial pressure on the Australian Cricket Board led to an inevitable compromise and Packer gaining the broadcasting rights.

More recently, the Board for Cricket Control in India (BCCI) fought off the challenge by the broadcasting-driven India Cricket League (ICL). A combination of player bans and improved prize money in existing competitions were used. However, it was the formation of its own competition, the highly successful Indian Premier League, that proved the trump card. The ICL was strangled in infancy. The Packer affair and the Indian Premier League clearly demonstrate that new markets for a traditional sport could be developed and exploited.

These examples point towards possible outcomes for football.

Broadcasting income is a key driver of sports and since the formation of the Premier League and sale of the rights to Sky, new players – BT and Amazon – have entered the market, driving up the value of the content. The big clubs want a larger slice of this and other commercial income, arguing that it is their profile and popularity that attracts subscribers and viewers.

A new formula for international broadcasting income has already been agreed upon. Where previously the income from sharing rights was split equally, the top six clubs now receive larger sums. Any changes to the system would no doubt apply pressure to approve a new domestic formula.

A threat to potentially ban teams and players involved in the ESL from the Premier League will have concentrated the minds of those clubs who are dependent on broadcasting income for their viability. The smaller clubs have less in the way of gate receipts and other commercial income so are very vulnerable to any decrease in TV revenue. A domestic league without the big six clubs has significantly decreased value and the same arguments apply at European level.

Fans have protested about the rich clubs getting richer and the betrayal of tradition, but the combination of the attractiveness of the Premier League product, ironically created by a split orchestrated by the FA, and the willingness of club owners to exploit their assets suggests a willingness to actively pursue change. The decision for the national governing bodies across Europe and the Uefa itself is whether to embrace and incorporate change and inevitably cede some control or stand firm and fight off the threat and with it consign professional football into a maelstrom of uncertainty.