A Deeper Feeling to this Year’s Nobel Prize 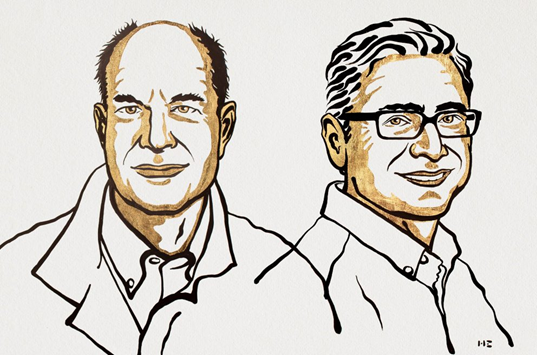 Last Monday, October 5th, the Nobel Prize for Physiology or Medicine 2021 was awarded to Drs David Julius and Ardem Patapoutian for their discoveries in sensing temperature and touch. Touch and warmth: two of the most intrinsic and emotive sensations for humanity. Central to our identity, these are physically separate senses, but very often we emotionally feel touch and warmth in a combined experience. From the first bonding skin-to-skin touch of a newborn infant with its parents to the passionate embrace of a couple, or just the simple ‘I’m here and it’s OK’ hand from one to another, the information passed to our brain from that physical sensation of touch and its warmth can mean so much. It’s so automatic that most people would never stop to ask how this works, but by uncovering how a chaotic dance of sodium and potassium molecules in tiny molecular machines in our skin becomes ‘heat’ or ‘touch’ to our brains, Drs Julius and Patapoutian have explained a fundamental process in which we interact with the external world and, indeed, each other. 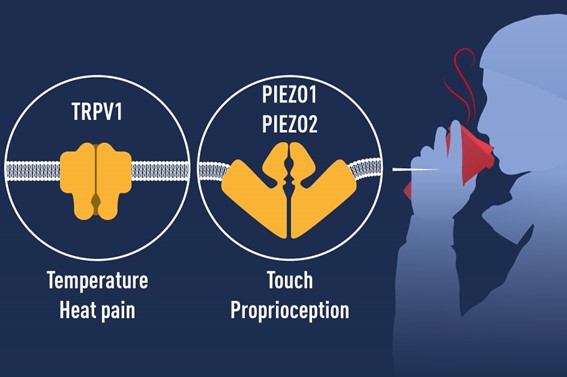 © The Nobel Committee for Physiology or Medicine. Ill. Mattias Karlén

Besides this moving response to the value of the sensations of touch and heat, it’s also rousing to see the Nobel committee recognise and reward such basic science. There is no immediate ‘and this discovery will cure….’ moment here. No massive patent that will result in the next big drug. Many, myself included, assumed this year’s Nobel Prize for Physiology or Medicine was a shoo-in for Drs Katalin Karikó, Özlem Türeci and Uğur Şahin, after decades of work bringing mRNA vaccine technology from basic science to a medical tool that is now being used globally in Covid-19 vaccinations. But perhaps it is still too soon for this acknowledgement. Covid-19 is too present, too raw in our lives to celebrate their achievements. These scientists’ work is the ultimate example of what we in the life sciences call ‘translation’; taking basic science and turning it into a useful contribution to society. In fact, Dr Karikó’s story is one that is familiar to many basic science researchers: being told repeatedly their research wasn’t valuable until, one day, she proved that it was.

Nevertheless, there’s a bigger point here: for every basic science discovery that resulted in a great contribution to society, countless more will never find commercial value. That is not to say that they are without value, far from it. Every minuscule progression of our understanding of the world will continue to slowly and painfully get built upon by generations of scientists, and one day, unpredictably, the emergence of the next X-ray machine, graphite nanotube, quantum computer, or strong AI will become a reality. Without decades spent toiling away at basic science questions that do not have an immediately obvious payoff, without careers under-recognised —aside from a few peers in the field—, there would not be these translational next steps. It is a fool’s game guessing which basic science advance will translate into real world impact one day, and anyone who assures you that they can predict the next big thing is thus a fool. The basic science must be done, it’s a lottery that society can only win if they play.

Due to the continued coronavirus pandemic, the last 18 months have been defined for most of us by the lack of touch from our loved ones. The separation of our households into contactless bubbles, the lockdown after lockdown, the ending of freedom in movement and closure of borders around the world, the Zoom calls and Teams meetings… The sudden and unexpected hole in our lives as Covid claimed another. All of this resulted in an absence of something core to humanity, touch and warmth. This is why it is deeply symbolic that this year, characterised for so many of us by isolation and deprivation from family and loved ones, the Nobel Committee chooses to award the 2021 prize for Physiology or Medicine to a basic science discovery. So, Bravo to the Nobel Committee! Not only for awarding this year’s Nobel Prize for Physiology or Medicine to Drs Julius and Patapoutian, this year of all years, but for reminding us of how important such basic science advances are.

Dr Bradley Elliott is Senior Lecturer in Physiology at the University of Westminster, where his research focuses on the translation of basic science into human clinical practice. He specialises in understanding and minimising the effects of ageing.