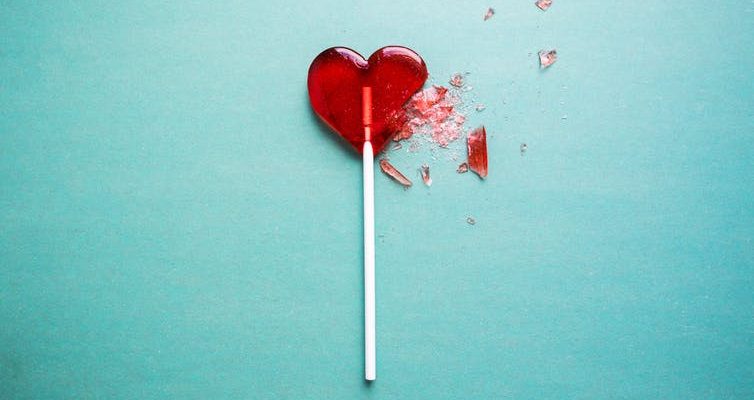 A stressful event, such as the death of a loved one, really can break your heart. In medicine, the condition is known as broken heart syndrome or takotsubo syndrome. It is characterised by a temporary disruption of the heart’s normal pumping function, which puts the sufferer at increased risk of death. It’s believed to be the reason many elderly couples die within a short time of each other.

Broken heart syndrome has similar symptoms to a heart attack, including chest pain and difficulty breathing. During an attack, which can be triggered by a bereavement, divorce, surgery or other stressful event, the heart muscle weakens to the extent that it can no longer pump blood effectively.

In about one in ten cases, people with broken heart syndrome develop a condition called cardiogenic shock where the heart can’t pump enough blood to meet the body’s needs. This can result in death.

It has long been thought that, unlike a heart attack, damage caused by broken heart syndrome was temporary, lasting days or weeks, but recent research suggest that this is not the case.

A study by researchers at the University of Aberdeen provided the first evidence that broken heart syndrome results in permanent physiological changes to the heart. The researchers followed 52 patients with the condition for four months, using ultrasound and cardiac imaging scans to look at how the patients’ hearts were functioning in minute detail. They discovered that the disease permanently affected the heart’s pumping motion. They also found that parts of the heart muscle were replaced by fine scars, which reduced the elasticity of the heart and prevented it from contracting properly.

In a recent follow-up study, the same research team reported that people with the broken heart syndrome have persistent impaired heart function and reduced exercise capacity, resembling heart failure, for more than 12 months after being discharged from hospital.

A new study on the condition, published in Circulation, now shows that the risk of death remains high for many years after the initial attack.

In this study, researchers in Switzerland compared 198 patients with broken heart syndrome who developed cardiogenic shock with 1,880 patients who did not. They found that patients who experienced cardiogenic shock were more likely to have had the syndrome triggered by physical stress, such as surgery or an asthma attack, and they were also significantly more likely to have died five years after the initial event.

People with major heart disease risk factors, such as diabetes and smoking, were also much more likely to experience cardiogenic shock, as were people with atrial fibrillation (a type of heart arrythmia).

A second study from Spain found similar results among 711 people with broken heart syndrome, 11% of whom developed cardiogenic shock. Over the course of a year, cardiogenic shock was the strongest predictor of death in this group of patients.

These studies show that cardiogenic shock is not an uncommon risk factor in broken heart syndrome patients, and it is a strong predictor of death. They shed light on a condition that was previously thought to be less serious than it is.

The evidence now clearly shows that the condition is not temporary and it highlights an urgent need to establish new and more effective treatments and careful monitoring of people with this condition.