During our first session of the Contemporary Issues in Designing Cities module we visited the Olympic Park at Stratford. Alex Savine, the Head of Planning Policy, and Allison De Marco, Head of Development Management, gave us a presentation on the work of the London Legacy Development Corporation. They explained the history of the site, the impact of the decline of industry in the area and the concentration of social deprivation in East London, and how they had delivered the Olympic Games in 2012. They are now busy working on transforming the site. The riverside park and some of the Olympic venues including the swimming pool and the velodrome are now open to the public. Elsewhere homes, offices and cultural venues are under construction or being planned. Their aim is to close the gap in life chances of people living in East London and those living elsewhere in the capital. 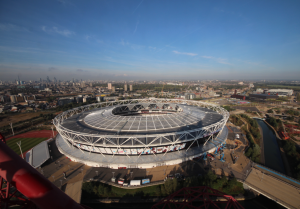 After this presentation we walked around the site. First visiting the East Village, which had provided the accommodation for the athletes during the games and now provides permanent homes. We then went across the park to Fish Island, which was on the edge of the Olympic site. Many artists have moved into warehouses in this areas and some light industry remains, so the challenge here is to ensure that new development does not displace these activities. We then went back across the park and saw the very dense development of housing on Stratford High Street. We walked further along the river to Bromley-by-Bow where we looked at the award winning housing development on the site of the old St.Andrew’s Hospital. Learning by visiting real cases is one of the strength of Designing Cities.  In London there is a great variety of cases at the forefront of urban planning and design discussions at the international level! 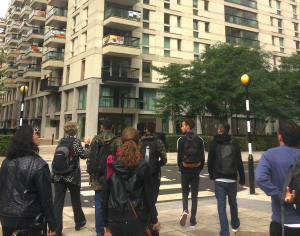