The new course Designing Cities aims to train professional planners who has skills in urban design and site planning and who who can make a valuable contribution to sustainable development in an international context. It aims to address a gap in the current job market which is increasingly in need of this figure. This evidence is informed by an on-going research on collaborative London-based practices funded by the Quintin Hogg Fund in 2016 and which is now almost concluded. While the results will be published in the coming months (and will be announced also here in our blog), the research has been instrumental to strengthen the relationship between the BA Designing Cities and some of the most prestigious practices in the field of architecture, urban design and urban planning located in the Greater London.  Dr. Suzy Nelson has coordinated a series of guest talks in semester one within the module ‘Contemporary Issues in Designing Cities’ which have been of great interest to our students. It has been their first contact with the reality of profession. Designing Cities aims to nurture this interest since the very beginning of student’s academic path and, in addition, students will undertake a two-weeks placements in practice (between year 2 and 3) and attend a module in year 3 called ‘Work Experience and Professional Practice’.

Farrells, a practice based in London, Hong Kong and Shanghai

Max Farrell, a partner at Farrells, a firm of architect-planners with offices in London, Hong Kong and China, talked to students about the range of the practice’s work. They work all over the world, but strongly believe that design should always be informed by context and community needs. As well as producing masterplans, and designing buildings and interiors they are active in shaping policy about city making. For example a recent project explored alternative ways of crossing the River Thames and they have been very active in designing large-scale developments in China. 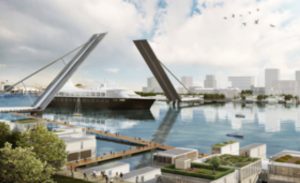 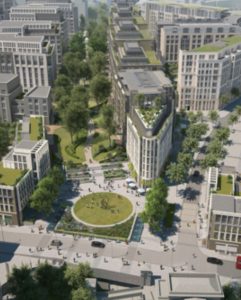 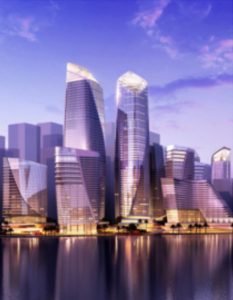 Allies and Morrison, a practice based in the UK, Dublin and New York

Alistair Macdonald, a director of the London based architectural and planning practice, Allies and Morrison, gave a talk on the masterplan for Rochester Riverside. The site is adjacent to the historic city centre and a new station served by high speed trains. However, as a result of the 2008 recession development had stalled and the client wanted a new flexible scheme, which would be able to respond to changing market conditions. Alistair explained that their approach was to use their analysis of the existing urban form to create a contemporary mixed used scheme with a network of legible streets connected to the city’s high street and with views to the river. 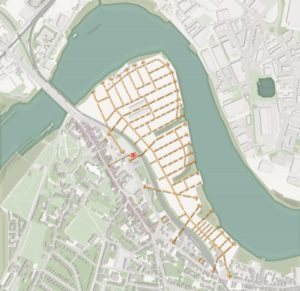 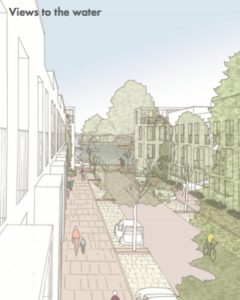 (Pictures from the left: Masterplan of Rochester Riverside and views from the water © Allies and Morrison / Medway Council / Homes & Communities Agency)