A Throw Back To School Days 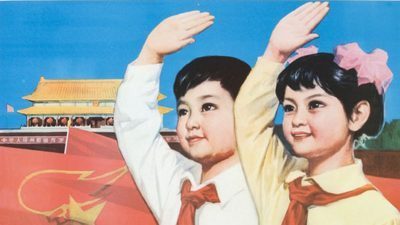 Going to school in China can be quite different from the UK. The first time I noticed such difference, was during my early days living in England. It was 3.30pm on a weekday, I saw a bunch of school girls storming through a shopping mall in the city centre, in their cute winter school uniform, nicely fitted jacket, check skirt, white shirt and tie. They are all wearing make-up, beautiful long hair styled in different fashions, and shiny nail polish on their finger tips.

I was a little surprise for basically two facts: 1. It’s only 3.30 in the afternoon, these girls are off school already? 2. Make-up is allowed?

I couldn’t help to recall my own school days back in China. I spent 6 good years in one of the best secondary schools in our province. A renowned secondary educational institution, like my old school, normally comes with endless study hours, hideous uniform and countless student regulations. For example, having long hair was strictly forbidden, girls can only have their hair cut almost the same short length as boys, let along make-up and accessories; And romantic relationships are not allowed, if ‘young love’ is found (that’s how it was written in the student regulation handbook, as funny as it sounds), it could cause disciplinary action.

Being a student in China, at least from my personal experience, your grade is your life, nothing else matters. There are quite a few fixed standards for being a ‘Good Student’ in China, but academic performance is surely the determine one. In school, we normally start the day from 7.30am and finish by 9.30pm, with 10-minute break between each class, and two-hour lunch and dinner breaks. It could be worse in senior years, students must scarifies their weekends for mandatory studies in school.

In the 1980s, China established the policy of ‘Nine-Year Compulsory Education’, which the government funds. It includes six years of primary education, starting at ages 6 or 7, and three years of junior secondary education (middle school) for ages 12 to 15. Most students choose to continue another three years of higher secondary education (high school) for ages 15 to 18. And after that, they will encounter the most challenging moment in their entire student life: The National Higher Education Entrance Examination, also known as GaoKao in Chinese term.

In modern China, GaoKao endures more in-depth social and cultural meaning, rather than just simply an university entrance exam. For some of the young students coming from a less competitive social background, GaoKao is the “only way out”. Ever since the beginning of a Chinese student’s school life, they’ll have a concept keeps being implanted from teachers, parents and peers, that “achieving top grade in GaoKao” means “going to good universities”, then “having a high-paid job” after graduation, eventually “securing a richer social status.”

GaoKao is a pay back for all those long study hours, numerous text books and papers, gender blurred school uniforms and un-happened ‘young love’ over the years, if you get a good result in the end, of course. It’s an extremely harsh exam, with strictly secretive preparation, and immediate disqualification if examinee is late or caught cheating. GaoKao gets a lot of national and international criticism in terms of the educational system it represents. It is criticized for overlooking the development of creative and diverse learning abilities among young students, and for solely encouraging monotonous repetition across a select few academic subjects. However, in China,  GaoKao seems to be the only fair system so far, for students, coming from families rich or poor, educated in private or public schools, to pursue future opportunities in their own hands. They are placed on the same starting point when sitting this exam, their performance and the final result are the only aspects that’s going to determine which university they are attending , nothing else.

And after years, when we’ve finally grown up, we finally realise GaoKao really wasn’t the “only way out”, there are a lot more other obstacles than just a bad exam result in life, we look back to the school days, and think maybe those days filled with endless exam papers are not so bad after all.