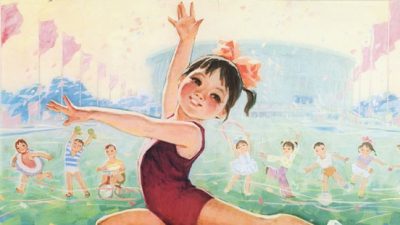 In October, 2015, China announced the decision of ending the decades-long “One-Child Policy”. The policy was introduced in 1979, and stayed in the centre of international discussion for many years. With the abolition of the “One-Child Policy”, those Chinese children born in the 80s and 90s are perhaps now the only generation in the entire Chinese civilisation to not have any brothers or sisters.

I am one of these children, along with other only children born around that time, we were called the “Loneliest Generation”.

The population of Communist China experienced a rapid growth, from around 540 million in 1949, when it was established, to 940 million in 1976. It caused the Chinese government started to concern the risk of overpopulation in the country. Many assumed the One-Child Policy was a product of communist idealism, or a real-life consequence of Maoism. However, the policy was actually affected by the international debate on a possible overpopulation catastrophe suggested by global think tanks like the Club of Rome. Song Jian, missile scientist and member of the Chinese Academy of Science, got to know influential books of the movement, such as The Limits to Growth and A Blue Print of Suvival, while he was attending a conference in Finland in 1979. With a group of mathematicians, Song developed a demographic model that projects China’s population will reach 4 billion by 2080 – and the turning point started from here, millions of future born babies, including me, were results of this scientific thought. At the time, Song and his team’s demographic findings were taken into consideration by policy makers, and pushed the final implementation of the policy in the 1980s.

‘Establish the New Family based on Gender Equality, Democracy and Harmony’, 1981

In China, the policy is more known as the “Family Planning Policy”. National propaganda campaign began to promote the idea of healthy pregnancy and scientific nurture, as well as late marriage and postponed child-bearing. Different methods for contraception were introduced, including birth control pills, intrauterine device and ligation. It radically changed the size of ordinary Chinese families, from having at least four to five children, to only one child, or two children at special circumstances. At some degree, it also freed women from their traditional burden of child-bearing, marrying and having kids late allow them to have more time to seek educational and professional opportunities. But, as the policy has always been criticised, it causes several controversial social problems, such as force abortion, increased aging of population, and disparity in sex ratio. In a traditional Chinese value, boys are always more favoured than girls, with the pressure of having only one child, some families choose to abort the first child if it is a girl, and wait for a boy to come in later pregnancies. So in most propaganda posters of the One-Child Policy, the child image is normally appeared as a girl, attempting to change people’s conventional mind.

The One-Child Policy was originally designed to be a One-Generation Policy. Those 80s and 90s born children were brought up in a completely new age compares to their parents and grand-parents. We are the first generation opened up to the westernised and capitalised culture, the first generation entering the digital era. We were growing up with tags of ‘overly spoiled’, ‘extremely selfish’, ‘video games addition’ and a lot other stereotypes. Some of us defended ourselves, pointing out that this generation grew up with speedy social changes caused by the famous “Chinese Economic Reform” (A national economic reform programme commenced in 1979,  aimed at raising rates of foreign investment and growth), and has been facing difficulties during this transformation from socialism to consumerism, such as increasing tuition fees, competitive job market and unaffordable housing price.

A British friend once asked me about being the only child in the family, “As a kid, when did you realise you are going to be along forever and will never have any sibling?”, she said. I didn’t know how to answer the question. Such realisation never occurred to me when I was little, being the only child was a common sense, most of my friends in school are the only ones in their families, I naturally thought this supposed to be the normal family structure. And not as some western press overly exaggerated, the loneliest moment of my childhood was the time I locked myself out of the flat when both of my parents were at work. I ended up spending the whole afternoon peeking through the living room window, tried to watch Japanese cartoon from the television that was still on. When I have grown up and got to know some other people with their siblings, I finally felt this regret of never knowing what it would had been like to have brothers or sisters. But I did have a perfect childhood, all those years of being alone, I got to enjoy literature, film and music without any disturbance. I have wonderful friends that I knew from school and we are still as close as sisters.

But still, I couldn’t help to feel slightly emotional when knowing the One-Child Policy was officially ended. “We have unexpectedly become the only ‘One-Child’ generation in the entire Chinese history”, this was a quote trended intensively  on Chinese social media when the announcement was made. The policy was a double-edged sword that has finally resigned from its historical stage. The right and wrong are left to be judged by later generations. As an only child, 25-Year-Old HaiYue told The Guardian, “I wonder how well we’ll be talked about in 100 years’ time? As a golden generation full of steel, hard work and good character, or as a social experiment that brought only sadness and selfishness?”