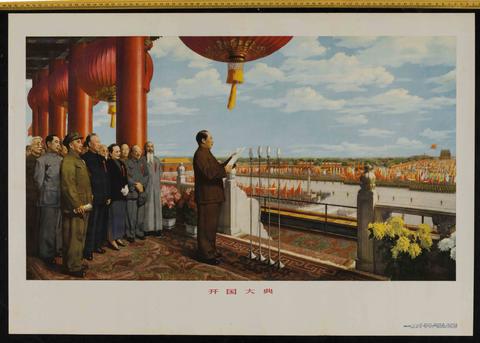 China sees linguistic diversity and language use as matters to be governed. It has therefore enacted laws and promulgated official policies about (non-Mandarin) minority languages, national standardized Mandarin (Putonghua) and Mandarin dialects over the course of the twentieth century.

First, a fundamental minority language protection is enshrined in the current Constitution. It is expressed as a freedom to use and develop (officially-recognized) minority languages. This current protection follows the inclusion of more or less the same provision in each of the three preceding constitutions (Article 3, 1954; Article 4, 1975; Article 4, 1978) and in the Common Program (Article 53), which served as the constitution from the throes of the PRC’s founding in 1949 until 1954. A minority language freedom is one of the types of language right found in laws around the world. This form of language right has its own legal limitations, but expressing such a language right in the Constitution is nevertheless part of a commitment by the State to protect the interests of China’s 55 official minority minzu.

Second, from the turn of this century onwards, there has been an important piece of national legislation underpinning a suite of protective and promotional policies relating to Putonghua. It is extensive and detailed, and it mobilizes legal authority to monopolize certain domains of language use for Putonghua. Moreover, this law expresses a positive right to learn and use Putonghua. This law enshrines what was already developing in practice: the lingua franca usage of Putonghua across the nation. It builds on historic state practices of language standardization; before the PRC, the Imperial and Republican Chinese states also prescribed varieties of Mandarin as their official, national language.

There are also a number of more specific, derivative language rights in various national, regional and local laws. These include rather toothless criminal penalties for state employees who seriously encroach on minority cultural customs, a legal permission for schools in minority areas to use a minority language for instruction in the early years – the legal weakness of which is clear from the current, contentious reductions to bilingual schooling in Inner Mongolia – and a legal obligation on schools to popularize Putonghua.

There is a tension between China’s minority and majority language rights. Yet both underpin China’s state practice in regards to language.

A long-standing flaw (or design feature, depending on your perspective) of the legal system is that it does not empower individuals or even minority groups to take much agency in the future of the languages they speak, nor does it offer much of a resource if people wish to fight against encroachments on their free language use. The legal framework is sensitive to top-down beliefs about languages, and these, of course, have changed markedly.

While official language policies get updated, the laws about minority languages have remained virtually unchanged. And yet the linguistic and socio-economic contexts in which those laws operate has changed markedly since 1949. Intrigued by this, I began researching Chinese minority language laws and policies in practice in 2013. I have looked at the overarching national framework and then delved into the specifics of the governance and practice of Zhuang, the language associated with China’s largest official minority, the Zhuangzu. The Zhuangzu was not one of the “five nations” foundational to the politics of the Republic of China. Iredale and Guo (2003:8) report that in the 1949 pre-census, people nominated themselves as falling into over 400 ethnic groups with Zhuang not among them; Zhuangzu was introduced by the state as a category on the 1954 Yunnan census (Mullaney 2006:142). 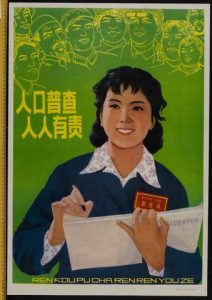 The Changing Context of the Language Rights Framework

The politics of diverse languages – by the 1950s, diverse officially-recognised “shaoshu minzu” (minority) languages – fell prey to the perception that ethno-linguistic difference was threatening during the Cultural Revolution. Perceptions changed again with Opening and Reform. Opening and Reform paved the way for an ongoing drive towards “modernization”. Modernization also loosened the tight binding between people and place through the rural and urban household residency system, and developed structures by which employment and welfare could be organized other than through workplaces. Migration – mainly to the quickly-growing cities of East China – resulted from this structural modernization and from relaxing the central control over both university placements and the job market. This started to create – and is still creating – minority diasporas, rather than tightly concentrated communities sharing languages. This affects language use and creates divergence between where minority languages are believed to be in place and thus to be governed, and where the people who can speak them actually live.

As the modernization progressed, the current era of globalization emerged. Globalization manifested in China in many ways including the state-backed but also highly commercial spread of English language teaching and learning.

English was not the only language to spread as modernization and globalization fused in China; Putonghua did too. By the turn of this century, Zhou and Ross (2004:16) observed that “coupled with globalization and the forces of market economy, China’s modernization drive appears to favor only two dominant languages, [Putonghua] Chinese as the national commonly-used language and English as the world language.” Moreover, as the twenty-first century began, China was preoccupied with harmonizing a nation-wide society. In this context, the old fear of ethno-linguistic difference as threat re-emerged, gradually hardening into securitized language policy, especially in areas of unrest in the North-West. Thus, in my view, even as a “pluralistic” language policy phase was being named by scholars in the 1990s-2000s, a new and more minoritizing phase was emerging.

Moreover, ethnolinguistic minoritization still tends to intersect with poverty, even as China’s overall wealth has vastly increased, and the current patterns of residency also mean that more change is coming for most minority peoples. Adamson and Feng (2009:322) report that the minority minzu are mainly “living in 155 largely resource-rich but economically under-developed ethnic autonomous areas, many of which are located near the country’s frontiers”. Change is afoot within these very areas and in terms of their centrality to the nation. In the era of international trade (including Belt and Road), these areas’ border locations make them strategically important, and they now have greater potential for extractive industries and urban settlement than the already industrialized, densely-populated East.

A possibility for “double domination” of Putonghua and English over Zhuang and other minority languages is created by these changes (Grey 2018:58). Yet this is not what China’s mid-twentieth century language laws and policies were designed to respond to. We may wonder what sort of socio-linguistic orders the minority language governance framework is now aspiring to, reproducing or resisting. Within what system of values or beliefs about language are language laws now being interpreted?

It is a system of beliefs about heritage protection, rather than about maintaining minority languages as valuable and viable parts of modern life. This is seen in China’s new, national Yubao ‘Language Protection’ project. Shen and Gao (2019:7) explain that Yubao explicitly and officially frames linguistic diversity as a resource and “is supposed to address the problems that may be generated by [the state’s] commitment to unity, such as disappearing diversity”. Yubao considers only some languages as resources to maintain for international economic exchange (but not many minority languages), but considers all language to be cultural resources. To operationalize this belief, it focuses on documenting minority languages as they disappear. This Yubao approach builds on the “developmentalist” beliefs about language which I have argued have been embedded in the legal framework all along; minority languages are valuable, and worthy of the State’s backing, only in so far as they contribute to national (primarily economic) development. Thus, in my view, China’s language rights now produce, or at least allow, “aspiring monolingualism”, to borrow the apt phrase that Hult (2014:209) used in the context of another massive nation, the USA.

Will Yubao’s resulting, disembodied records of minority languages – historic language artefacts – remain meaningful as cultural and identity resources in the future, if people do not also still speak those languages?

Dr Alexandra Grey is a postdoctoral research fellow at Sydney Law School and member of the University of Sydney’s China Studies Centre and Sydney Centre for Language Research. Her doctoral research – How do language rights affect minority languages in China? An ethnographic investigation of the Zhuang minority language under conditions of rapid social change – won the 2018 international Joshua A. Fishman Award. Her first book, Language Rights in a Changing China, will be published by De Gruyter in 2021. @Alex_Grey_ Image credit: University of Westminster’s China Visual Arts Project.