Rethinking Hong Kong Identity through Cantopop: The 1980s as an Example 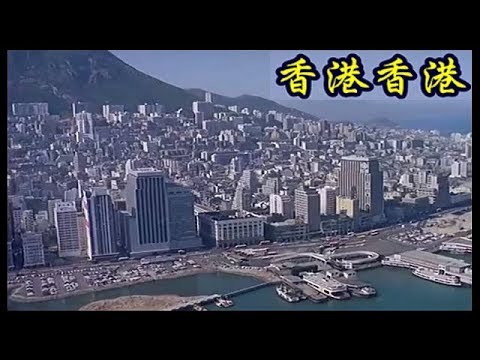 “Music, like identity, is both performance and story,” argued by Simon Frith in his often cited essay “Music and Identity”: it “describes the social in the individual and the individual in the social.” In the context of Hong Kong where more than 90 percent of the population speak Cantonese, Cantonese popular songs (Cantopop) has functioned as a major source of the city’s cultural identity by connecting the individual and the social. I have argued elsewhere that the story of Cantopop, the voice of the city, was also the story of Hong Kong identity. While it is widely believed that Cantopop has been declining in the past two decades or so, it is not surprising that Hong Kong identity has also been waning. In June 2019, the anti-extradition bill movement opened a Pandora’s Box that the Hong Kong government has still failed to nail shut. Arguably, the diminishing Hong Kong identity and its relation to China is one of the important controversies related to the saga. Given the limited scope, the 1980s will be used as an example to explain the cultural politics of identity (trans)formation in Hong Kong when Cantopop played out across society in that decade of changes.

It is well known that “Below the Lion Rock” (1979), originally the theme song of a Radio Television Hong Kong (RTHK) television drama, is the unofficial anthem of the city. The song written by the Cantopop godfathers Joseph Koo (melody) and James Wong (lyrics) signaled the dawning of a new era of local identity. As astutely noted by David Faure in “Reflections on Being Chinese in Hong Kong,” “If the Hong Kong Chinese up to the 1970s were Chinese sojourners in Hong Kong, the generation of the 1970s [were] Hong Kong people of Chinese descent.” Cantopop turned a new page in the history of Hong Kong identity by singing the city in the subsequent decades. If the recent anti-extradition saga pit Hong Kong against the Mainland, the crises in the early 1980s brought forth various imaginaries between the former British colony and its motherland. In 1982, the then British Prime Minister Margaret Thatcher fell on the stairs in front of the Great Hall of the People in Beijing, which stirred up a confidence crisis among Hong Kong people. Hong Kong’s relationship with China was somehow a major issue shortly before and after that infamous slip. It was argued by Esther Cheung, my late dear friend, that Hong Kong popular music (including Cantopop and Mandopop) has generated intensely vigorous imaginations of homeland, nation and “Chineseness” in that special context.

Notwithstanding the fact that the Cantopop industry has long been dominated by romantic ballads, mainstream songs did present various national allegories. For examples, Cantopop diva Liza Wang’s big hits “Always Love across Ten Thousand Waters and One Thousand Mountains” (1981) and “The Brave Chinese” (1981) expressed Hong Kong diasporic and national sentiments respectively in the early 1980s. It should not be difficult to tell from the titles that “Ode on the Great Wall” (1983) and “Call of the Yellow River” (1983) (sung by the then leading Cantopop singers Roman Tam and Adam Cheng respectively), among others, are good examples of rethinking if not glorifying Chineseness as the cultural root of Hong Kong identity. Besides “Below the Lion Rock,” interestingly, Roman Tam also sang “The Chinese Dream” (1983) – almost three decades before President Xi Jinping’s version of the Chinese dream of national rejuvenation. The song was so popular that Tam was invited to perform the Mandarin version on the 1985 Spring Festival Gala of China Central Television (CCTV, state television broadcaster), the immensely popular show watched by countless Chinese families on Chinese New Year’s Eve. Meanwhile, Hong Kong’s root-searching stories were perfectly summarized by the Side A of Teddy Robin’s vinyl disc Extraterrestrial Man (1984), which was a medley comprising of five songs sharing the motif of longing for home. Not just to be found in the north, home could also be constructed locally, with conceptions of the past, present, and future. Agnes Chan’s “Hong Kong Hong Kong” (1982) was a lavish praise of the then Hong Kong as a home as well as an energetic city. “Fond Memories of Hong Kong” (1983), theme song of the RTHK television programme bearing the same title, was nostalgic as well as forward-looking at once, trying to imagine a new future for Hong Kong though the examination of its history of developing from a small island into a world city.

Alongside mainstream pop songs, Hong Kong folk songs were also good examples of creative hybridizations. Different from the highly commercial mainstream Cantopop, the wave of folk songs generated across the territory in the early 1980s represented the visions of young literary hipsters back then. Not unlike the examples mentioned above, however, many Hong Kong folk songs were root-searching, and Ivy Koo’s “My Home My Land” (1982), as implied by the title, is a convenient example. Suite of Hong Kong City (1982), a concept album masterminded by Armando Lai, was a pioneering attempt to use different districts of Hong Kong as the setting-cum-theme of all the songs except “1997,” which is a bold reflection of Hong Kong youngsters’ bewilderment toward the future after Hong Kong’s reversion to China. Besides folk songs, band songs also imagined different futures for Hong Kong at that critical historical juncture. Shortly after the official signing of the Sino-British Joint Declaration in December 1984, Hong Kong music industry witnessed the advent of band music, which continued to hybridize different imaginaries toward the future beyond 1997. The group “Island,” the forerunner of this wave of band music, released its debut album entitled Island in 1985. Similar to “Fond Memories of Hong Kong,” the main plug “Legend of the Island” retold the story of how Hong Kong developed into a metropolis. While the legendary rock band “Beyond” targeted the establishment with their pointed critiques of social issues, the duo “Tat Ming Pair” voiced out the concerns of the lost generation of Hong Kong youngsters when facing an unknown future. In short, the cultural identity of Hong Kong was an intricate hybridization of the national, the local and the global.

Hong Kong people’s sense of belonging was fostered, according to Gordon Mathews, Tai-lok Lui and Eric Ma’s Hong Kong, China: Learning to Belong to a Nation, “through the ‘bottom-up’ experiences of ordinary people’s everyday lives.” Back in the 1980s, Cantopop was one of the most important sources of those kind of Hong Kong everyday experiences. To borrow Frith’s terminologies, Cantopop was a beautiful example of how popular music, like identity, is both performance and story of the city during times of uncertainty. Its decline in recent years has inevitably exerted negative impacts on the sense of belonging of Hong Kong people.