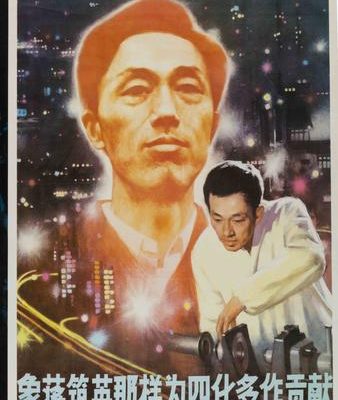 In February, China’s Ministries of Education and of Science and Technology released two documents that reshaped the research landscape: “Some Suggestions on Standardizing the Use of SCI Paper Indexes” and “Some Measures to Eliminate the Bad Orientation of ‘Papers Only’.” Elaborating the academic reform that President Xi has pursued since 2016, they provide the first detailed steps for dramatically reducing the role of the Science Citation Index (SCI) in evaluating Chinese research.

For twenty years, the SCI—a prestige listing of “high impact” scientific journals—controlled the careers of Chinese researchers. It and various derived indices are commonly used for university rankings and research evaluation (the UK, for example, uses SCI-derived data to allocate funding), but China relied on the SCI to an unusual degree. There, quotas for publishing in SCI journals governed hiring and advancement, pay bonuses, and even graduation from doctoral programs. In using the SCI as a “gold standard,” Chinese administrators sought to increase productivity, enhance national prestige, and benchmark the closure of gaps between China’s research sector and cutting-edge work internationally.

To a significant extent, these goals have been met. China has risen rapidly up international rankings, and Chinese research productivity routinely exceeds the world average (Li & Wang, 2019). Since 2016, China has been the world’s largest producer of published research, accounting for over a third of all global activity (Xie & Freeman, 2018, p. 2). Since 2017, Chinese research has been the second-most cited (after US research). The Nature Index now ranks Beijing as the world’s number one “science city,” with Shanghai as number five (the other three are American). Despite US status as the world leader for the past several decades, one analysis (Lee & Haupt, 2020) concluded that US research outputs would have fallen over the last five years except for collaborations with Chinese researchers, while Chinese outputs would have grown regardless.

So why change a winning formula? The Ministries’ announcements have focused on eliminating perverse incentives created by over-reliance on the SCI, which saw researchers prioritizing quantity over quality, nepotistically inflating citation counts, and falling prey to predatory journals. The Chinese government has, accordingly, allocated tens of millions of dollars to initiatives for improving Chinese journal quality and combating corrupt publishing practices. At the same time, commentators have noted the potential cost savings of de-centering SCI metrics.

Another factor, however, has been largely overlooked. Ninety-seven percent of papers indexed in the SCI are in English (Liu, 2016)—the lingua franca of scientific communication. To remain competitive in major international journals, almost all of the top research-producing countries now publish the majority of their articles in English, with the share of native-language publications declining every year in virtually every country (Van Weijen, 2012)—except China.

This is not for lack of trying. The Chinese government has done everything in its power to channel its research outputs into English to boost their global impact, but, although it has been a decade since China technically became the world’s largest English-speaking country, the quality of ESL instruction remains uneven (Baldi, 2016). Studies show that even the most advanced L2 speakers of English experience disproportionate rejection rates in scholarly publishing (Pearce, 2002), as well as a slew of other systemic barriers, compared to their native-English-speaking peers, and most of China’s English students never reach such advanced proficiencies to begin with.

Moreover, the growth of ESL capacity in China has simply been outstripped by the growth in research. As Xie & Freeman (2018, p. 7) noted, between 2000 and 2016, “China more than doubled its number of faculty and tripled its number of researchers—all of whom had to find venues for publishing.” China now graduates twice as many university students per year as the US and employs the largest number of laboratory scientists of any nation on Earth (Han & Appelbaum, 2018), with the result that China is now the only country whose native-language scientific publication in domestic journals is rising alongside its growth in international, English-language publications (Xie & Freeman, 2018, p. 5). China simply needs, and is creating, new university faculty and new labs far faster than it can create new English speakers, and it can no longer afford to limit growth in the former category to meet metrics that depend on the latter.

Reading between those lines, the shift in language policy embedded in the new assessment policy becomes clear, as it does not merely eliminate requirements to publish in SCI journals, but adds requirements that at least one-third of the publications used for evaluating researchers must be published in domestic journals. Not all domestic journals publish in Mandarin, but nearly half of those identified as priority venues in the Ministry’s action plan do, and, given the constraints in China’s ESL systems, the Mandarin-language journal sector will doubtless expand faster than the domestic English-language one, such that a substantial increase in Mandarin-language publications is almost guaranteed.

Chinese authorities have repeatedly shown themselves willing, if not eager, to rewrite the rules of the international game. One thinks of efforts to challenge the dollar’s status as global reserve currency and notes that the status of English as scientific lingua franca poses a similar constraint on Chinese ambitions, bottlenecking new research capacity and disadvantaging Chinese researchers in the international arena. As one engineering professor expressed it, by encouraging Mandarin-language publications, “This [policy change] will, to some extent, isolate the Chinese researchers from the global research community”—a sentiment echoed by the chief managing editor of the Chinese journal Research, who suggested that Chinese researchers would still largely eschew journals published in Mandarin owing to their “inaccessibility … to international scholars.”

Such pessimism assumes, however, that China can only emerge into the world and not change it. For most of modern history, there was no single scientific lingua franca. Until the Second World War, English, French, and German all held substantial shares of global research activity, and a reading knowledge of two, if not all three, of those languages was a common expectation of professional researchers. After the war, German and French receded, but Russian remained a viable competitor to English in many fields through the middle of the century. Only in the 1970s did English emerge as the language of science. Unleashing China’s full potential would not require replacing English as the hegemonic standard for scientific communication, but only establishing Mandarin alongside it in a bilingual research ecosystem, effectively claiming for the 2020s the role that German and French held in the 1920s.

If the Chinese Communist Party can establish the country as a world leader in AI, data science, robotics, and other 21st-century fields, the world will not be able to ignore a third (or more) of its total research output, no matter what language it is published in, and the Party knows this. Putting Mandarin-language journals on an even footing with English-language ones in domestic assessments may be a modest first step, but it opens onto a road whose destination was envisioned years ago by academics like Chun-Hua Yan, the former associate editor-in-chief of the Beijing-based Journal of Rare Earths, who dreamed that journals published in Mandarin would one day be “followed by scientists around the world.”

Race MoChridhe, MLIS, is Scholarly Communication Coordinator at Atla. He reads multiple languages (to which he is now working to add Mandarin) and writes regularly on the intersections of library science, scholarly communication, and applied linguistics. You can learn more about his work at his website or by following him on Twitter. Image credit: University of Westminster’s China Visual Arts Project.