What Is A ‘Good Child’? Raising Children in a Changing China 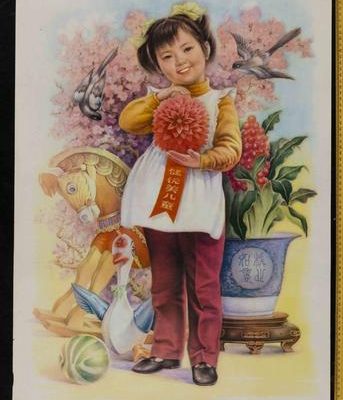 In the summer of 2011, I packed up my life and an unruly toddler and returned to China to do field research at a private Shanghai preschool. It was an interesting time to be a new parent, particularly one living between China and America. Yale law professor Amy Chua had just published her memoir ‘Battle Hymn of the Tiger Mother,’ and so-called Asian parenting styles — involving ferocious discipline, frequent shaming, and even corporeal punishment, all in the single-minded pursuit of academic success — were a hot topic in mainstream American media.

Unsurprisingly, Chua’s book was quickly translated into Chinese — but with an interesting twist. In place of Chua’s original eye-catching title, the Chinese edition was entitled simply ‘Mothering in the United States.’ Even more surprising to me was the memoir’s icy reception across the Pacific. By the time I arrived in Shanghai, many mothers in the preschool where I was conducting my fieldwork had already read the book, yet when I asked what they thought of it, they said that Chua’s parenting style didn’t resonate with their experiences at all. If anything, they found the ‘tiger mother’ approach rather depressing, if not outright bizarre.

As a fellow millennial Chinese parent, I shared their sentiment. The ‘tiger mother’ archetype capitalised on and reinforced certain long-held stereotypes about Chinese people in the West, but many of these stereotypes are long out of date. What I hoped to discover through my fieldwork was how this change had taken place. What does it mean to be a good child in 21st century China? And what, if not strict obedience, do today’s Chinese parents want from their kids?

Back in the early 1990s, when the anthropologist David Y.H. Wu surveyed Shanghai families about their parenting practices, he found that raising obedient children was still the paramount priority (Wu 1996). A good child was an obedient child, something Wu attributed to a mix of influences. On the one hand, he saw parents’ focus on discipline as a response to widespread concern at the prospect of a generation of ‘spoiled’ only children. On the other, he saw in it the influence of what he called China’s ‘authoritarian, collective, and nationalistic’ culture (Wu 1996, 25).

By the time I conducted my own fieldwork some two decades later, however, I found a very different parenting landscape (Xu 2017). When asked what moral traits they valued most in their children, 41% of my respondents said ‘sociableness,’ followed by ‘kindness and caring’ and ‘independence.’ ‘Obedience’ was the least popular choice: Just 2% of parents said it was the most important trait for their children to learn (Xu 2017, 157).

These results hint at a changing conception of what it means to be a good child in China. Although concern about spoiled singleton children never went away, strict disciplinary solutions — known in academic circles as ‘authoritarian parenting’ — have fallen out of favour in the country. Instead, since the early 2010s, Chinese parents have sought to instil in their kids good social behaviours and a sense of independence.

This process shouldn’t be understood as a linear development towards so-called Western, individualistic parenting styles. It is true that ‘Western’ childrearing approaches have been re-packaged and sold to urban middle-class consumers as authoritative and scientific. It is also true that these texts, with their emphasis on children’s autonomy and socio-emotional intelligence, have shaped Chinese parenting values. But Chinese parents do not blindly absorb or follow Western models. They deliberately evaluate these ideas and compare them against their own circumstances.

Chinese parents’ aspiration to cultivate more sociable children, for example, didn’t just arise from a desire to mimic Western parenting styles; it is at least partly the product of a declining faith in academic performance as the sole determinant of their kids’ future. In recent years, as competition in schools and on the job market has grown fiercer, many Chinese have come to believe that academic credentials are no longer enough to distinguish job candidates, and interpersonal skills are increasingly seen as an important indicator of a child’s future success.

The desire to cultivate greater independence, meanwhile, is related to the same fears of spoiled only children that once led parents down the disciplinarian road. In particular, many young parents expressed anxiety that their children were too sheltered, and that their inner psyches had become too vulnerable. Independence thus took on new meaning: not a sign of disobedience, but of self-reliance and psychological resilience. This resilience is particularly prized given the fierce competition and challenging road parents see facing the next generation.

Yet, if parent’s understanding of what makes a good child is changing, many schools’ definitions of what makes a good student remain stuck in the past. Young parents looking to nurture their children’s independence or preserve their creativity often have to compromise their ideals in the face of an approach to education that still prioritizes conformity and obedience.

For instance, one mother expressed her concern at the preschool’s penchant for putting on tightly choreographed performances. Her three-year-old son’s class had spent a month rehearsing their dance routine for the Children’s Day holiday. ‘They’re children, not athletes,’ she complained. ‘I would like to see them doing things naturally and spontaneously, and I think that might be more beautiful than an impeccable collective dance where every child has to move in the exact ways their teacher told them to. It’s like a robot show’ (Xu 2017, 165).

The school system is not the only harsh reality facing today’s parents. Many of my interviewees found it particularly hard to cultivate morality in their children in a broader social environment that still encourages winning at all costs. Parents cherished the ideal that children should be innocent and pure, expressing their ‘natural’ goodness and kindness without being polluted by the hypocrisy and artifice of the adult world (Xu 2020). Yet they also feared that innocent, genuinely kind children wouldn’t be fit for the real society that awaits them.

That reality helps explain a seemingly contradictory phenomenon: While Chinese parents may individually reject the ‘tiger mother’ approach, they have spent the past decade signing their kids up for ever more intense workloads and tutoring classes. In the most extreme case I witnessed during my fieldwork, a 5-year-old attended eight extracurricular classes in a single weekend. But the motivation for this arms race isn’t necessarily intrinsic. Rather, many parents feel forced to push their children, even as they worry that raising a good kid isn’t always the same as raising a good student. Rather than resorting to convenient cultural stereotypes, we need to understand how Chinese people navigate the dilemmas and challenges in the world’s most competitive educational environment.

Middle-class parents at a private preschool in Shanghai should not be taken as representative of the entire country, but anxieties regarding what it means to raise a ‘good’ child in today’s China are quite common whether you’re in a major metropolis or rural county seat. Unfortunately, more than a decade after I began conducting my research, the problems I first observed in 2011 have only grown more acute. Chinese parents rarely want to think of themselves as authoritarian ‘tiger mothers,’ but they also know that the real world is no place for sheltered kittens.

Jing Xu is an anthropologist at the University of Washington and a National Academy of Education/Spencer Postdoctoral Fellow. Her research examines child development, education, family and morality in contemporary China, martial law era Taiwan as well as broader, cross-cultural comparative contexts. She is the author of The Good Child: Moral Development in a Chinese Preschool. Featured image: Good Child (1984).  Source: University of Westminster’s China Visual Arts Project.