Active Travel Academy » Still I Ride: How women of colour are challenging discourses in and through cycling

Still I Ride: How women of colour are challenging discourses in and through cycling

Recently, Transport for London (TfL) launched a film for Road Safety Week. The one-minute video depicts a scene where a driver nearly crashes into a cyclist. In the end, a male voiceover urges “See their side. See safer roads”. The video has received an emotional response, but not the kind of heartstring pulling TfL may have been hoping for. The message was criticised in social media for victim blaming and for promoting false equivalence, which led to the video being halted only two weeks after its release. As someone who cycles and has spent the last couple of years studying communications for social change, I was interested in who “they” are and how “they” are represented in the video.

What would the effect have been if, instead of the bearded white middle-aged man as the cyclist, the video had featured someone who does not conform to the image of a stereotypical cyclist? Would the false equivalence have been too obvious to ever get a sign-off, if the cyclist urged to think about the driver’s feelings had been a woman of colour with a child seat, and the driver had been a middle-aged man in an SUV?

A critical approach to discourses is not just about representations but makes one question who controls representations and why. As I have been applying a critical discourse analysis lens into representation, gender and race in cycling, it has only become clearer to me that diversifying cycling is not about adding colour into cycling imagery. It’s not even ultimately about the underrepresented groups, or how we feel about cycling. It’s about bringing deep-rooted assumptions to the fore, understanding where they come from and whose view of the world they privilege. In the cycling context, narrow representations and narratives do not just exclude groups of people but also serve the status quo that normalises driving and helps make sure that the dominance of cars in cities is never seriously called into question.

In addition to presenting exactly the kind of scenario that puts many people – especially women – off cycling, the TfL video is one of many examples we see in the media that send a message of what a person who cycles looks like. For a woman of colour, the above presents a double cloak of invisibility. If you already have othering experiences in society because of your gender and race, why would you voluntarily put yourself in a marginalised position because of your chosen mode of transport?

To understand how dominant discourses in cycling are experienced and challenged, I interviewed nine cyclists who identify as women of colour, as we rode along their chosen routes in Bradford, Bristol, Cardiff, Leicester, London and Manchester. The research formed part of my Master’s thesis in Communication for Development at Malmö University, and was funded by a grant through the Justice in and for Active Travel initiative. The interviews are now available to listen on the ATA podcast: part 1 & part 2.

The interviews focused on representations of cyclists as well as on how material things – gear and kit, for example – and activities – such as training trips to Mallorca  – create and reinforce dominant discourses in cycling.

The discourse doesn’t come in your size

The MAMIL trope and the representation of cycling as a sporty leisure activity are much more ingrained in the UK than in other countries in Europe. When I was contacting people for the interviews, some checked whether I would even be interested in talking to them as they were “not that fast” or didn’t have a fancy bike. This kind of self-doubt may be a perception feeding off media images, or it may be rooted in real experiences people have had when out with a cycling club, as Zoe in Bristol described: “…they have very expensive bicycles and very expensive kit. And they kind of size you up, and is whether or not you’re worth speaking to, based on what kind of bicycle you have.”

When cycling is framed primarily as a sport, it becomes measured in terms of skill and speed relative to other cyclists. Cycling becomes entangled with broader social norms and gender representation in sports. Women who feel or look less conventionally athletic may struggle to fit in these representations – sometimes literally, given how the sizing in cycling clothing, for example, often does not correspond to everyday wear sizing. Mildred, also in Bristol, talked about how being a woman and not having the slim appearance of a stereotypical cyclist meant that people didn’t see her as someone who understands bikes. When working in a bike shop, customers would walk past her “and go straight to my male colleague, and say, ‘I need help with this.’ And I’m just like, ‘Okay, I’m just here to greet you’. That happened so often it was beyond a joke.”

Is your hijab even aerodynamic?

Most women talked about how gender interacted with their cycling experience. This starts at an early age. Sidrah, who is based in South London, explained that for an Asian girl, cycling is not seen as the ‘done thing’. Sometimes the family or a community may actively discourage girls but discursive exclusion means that more often this is unconscious – the power of discourse is that it does not have to be explicitly stated. A few women I spoke with had only rediscovered cycling as adults after not having ridden since they had outgrown their childhood bikes. It may not occur to the parents of a growing girl to invest in a bigger bike, or they don’t see this as necessary or even as safe.

While gender in cycling seems to be experienced in fairly material and practical terms (when and how you cycle and what kit and gear you have or do not have), race and ethnicity-based exclusion may manifest in a feeling of not belonging (based on who you are). When the two compound with the cycling culture, you may experience discursive exclusion such as when some men reacted to Shu’s social media post with comments such as “is your hijab even aerodynamic?”

Representations of women of colour in cycling are therefore not detached from the broader cultural representations of gender and race. Ironically, the invisibility of women of colour in the cycling discourse can make individual women who are breaking the stereotype very exposed. Most women I spoke with described ‘sticking out’ when cycling. Riding through more rural areas – which many of us outside London are lucky to have on our doorsteps – may make it feel like your skin becomes hi-viz. British flags flying outside houses bring up questions about belonging, because as Susan pondered, you don’t know what motivated the person to want to put a national flag up. When during the lockdown people were speculating the definition of ‘local’, for people of colour the extent to which one’s appearance could pass as ‘a local’, became a more relevant question than the actual distance travelled. Hyper visibility can also be an additional threat in a car dominant society where cyclists are constructed as nuisance as standing out can make one an easier target for hate and harassment.

The women I rode with are challenging assumptions through personal relationships, through their roles as ride leaders, community volunteers, industry insiders and social media influencers. They often spoke about acting as role models. But it is not just for the women of colour or other underrepresented cyclists to do the work, because changing the dominant discourse benefits everyone – except those who are benefiting from the marginal status of cycling.

The unprecedented increase of new cyclists since the beginning of the lockdowns has been an opportunity to change how we see cycling: New cycling groups, clubs and collectives with a mission to normalise having people of different backgrounds in cycling have been popping up everywhere and their memberships have been growing exponentially. The groups are not primarily about responding to and processing discrimination but to share the joy of riding with more people. Rather than ‘safe spaces’ mountain biker Aneela McKenna calls these “empowering spaces”. Like the protagonist in Maya Angelou’s famous poem, despite being written out, mis- or underrepresented, like air, we rise – and ride.

The Still I Ride podcast episodes are available here:

The research was funded by the Active Travel Academy through the Justice in and for Active Travel initiative and supported by Beryl Bikes. I would like to thank everyone who rode with me and shared their experiences and thoughts. To learn more about how some of the women who took part in the research are challenging dominant discourses in and through cycling, you can find their links below. You can also find me on Instagram (dulce_in_1000_words). 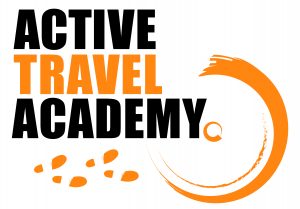